Blanca Vasquez (Amber Heard) is the secondary antagonist in the 2013 film "Machete Kills".

At the beginning, she starts out as Machete's handler, having been assigned by President Rathcock. She is first seen at a beauty pageant, which she wins. She then goes to her dressing room, with a letter on her flowers saying, "Keep up a good show" from "V", where Machete finds her. Blanca tells him that in order to find Mendez, he first needs to go to Acapulco to find Cereza, a girl in a brothel run by her mother Madame Desdemona. Vasquez also shows Machete a wall of weapons, and allows him to take whatever he wants. She then seduces Machete into sexual intercourse, claiming that she wants to know a man like him inside and out.

Vasquez flies an airplane to bring Machete to Acapulco, and before he ejects out of the plane she give him a cell phone.  Later when Machete captures Mandez, he calls Vasquez to tell her that the missile aimed for Washington, D.C. will launch once Mendez's heart stops beating.  This information is also given to President Rathcock, and both he and Vasquez are upset that Machete don't kill Mendez, but understand the situation and they tell him to get Mendez across the border.

Later in the film (after Mendez dies, and Machete meets Voz) Machete meets Luz and rejoins the Network.  Machete tells Luz about Vasquez, and Luz asks Machete if he had sex with Vasquez.  Luz says that Machete smells like "pussy" and says this means his judgement is cloudy, thus implying that she doesn't trust Vasquez.  Sure enough, when Machete meets Vasquez that night, she reveals that she is working for Voz, revealing that he was "V".  A gunfight occurs, but Vasquez escapes despite Machete's best efforts.

Machete wakes up in the middle of the desert, having been shot by one of the men accompanying Vasquez.  He is picked up by who turns out to be El Cameleon.  Machete escapes, and El Chameleon is (presumably) killed by a group of racist hillbillies.  Machete finds the Network again and they plan an attack on Luther Voz .

Disguised as waiters, the Network members sneak into Voz's gathering.  Machete reveals to the people that everything is Voz's fault to begin with, and the Network members pull out their guns.  Things go well for the Network until several enhanced clones join the fight.  Vasquez shoots Luz in her remaining eye.  Luz survives, but this obviously blinds her.  Despite this, Luz finds Vasquez and the two fight.  Luz throws Vasquez's crown at her, which stabs her in the left breast.  In her dying breath, Vasquez wonders what happens next, and Luz kills her. 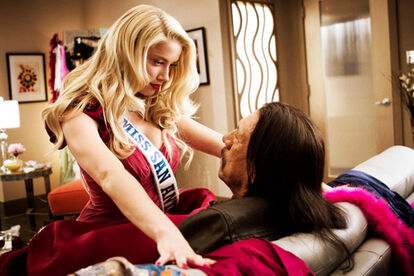 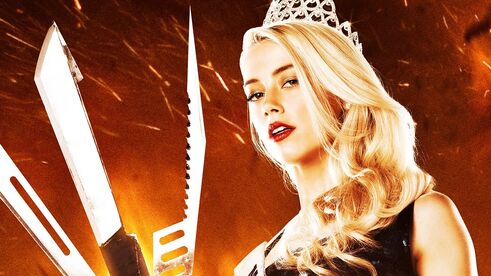 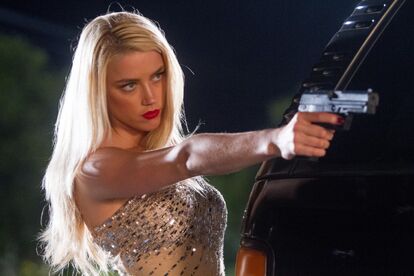 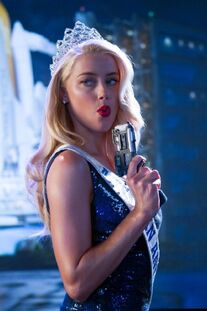 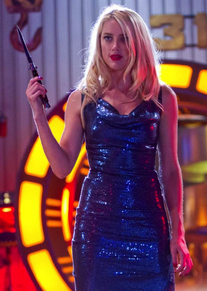 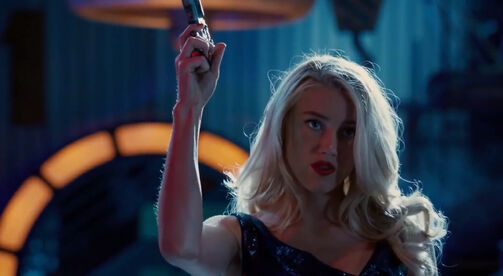 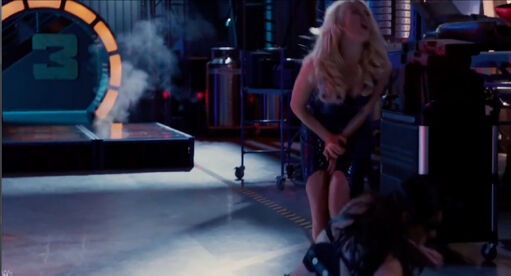 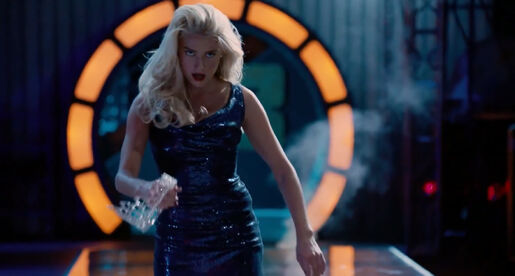 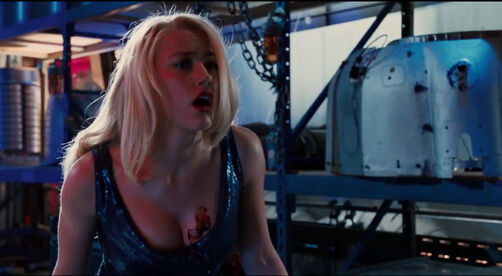 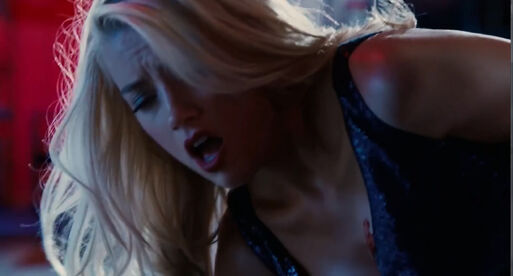 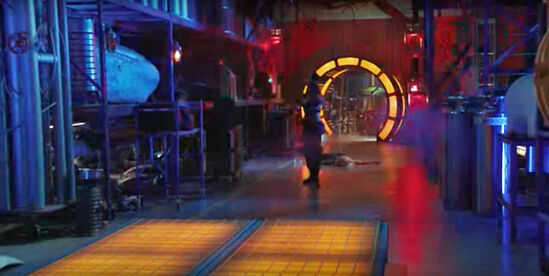 Retrieved from "https://femalevillains.fandom.com/wiki/Blanca_Vasquez_(Machete_Kills)?oldid=196055"
Community content is available under CC-BY-SA unless otherwise noted.