The Black Cat (Felicia Hardy) is a fictional character appearing in American comic books published by Marvel Comics. Throughout her history, Black Cat has been an enemy, love interest, and ally of the superhero Spider-Man. Created by writer Marv Wolfman and artist Dave Cockrum, she first appeared in The Amazing Spider-Man #194 (July 1979).

Felicia Hardy is the daughter of Walter Hardy, a world-renowned cat burglar. After suffering a traumatic experience as a college freshman, she trained herself in various fighting styles and acrobatics and, after deciding to follow in her father's footsteps, adopted the costumed identity of the Black Cat.

As Black Cat, she has the subconscious ability to affect probability fields, producing "bad luck" for her enemies.

Felicia Hardy was born in Queens, New York. Her father Walter pretended to be a traveling salesman but was a world-renowned cat burglar who, before his arrest, encouraged her to never settle for second best. If she loved basketball, she should work to become a basketball player and not just a cheerleader.

She first dons the Black Cat costume in order to break her father out of prison. On the same night, she meets Spider-Man. Her father dies, and she then fakes her own death. Despite her antipathy towards men, Felicia feels a kinship with this lone hero; Spider-Man is the first man she felt she could trust and she grows to believe herself in love with him.

Felicia looks for a way to earn his trust and continues with the Black Cat persona as a misguided attempt to attract his affection. Seeing the good in Felicia, Spider-Man makes every attempt to have her criminal record expunged.

After she recovers, they begin a relationship and soon Peter reveals his identity to her. Felicia has difficulty accepting the fact that Peter is just a man beneath the mask and cannot understand his need for a civilian life.

The Black Cat updates her look and her attitude and rekindles her relationship with Spider-Man. She makes peace with his need for a normal life as Peter Parker and stands by him while he is accused of murder as Spider-Man. Together, they track down the source of the elaborate scheme to frame him and fight the Foreigner.

Spider-Man comes home to discover Black Cat discussing her plans to ruin his life. He follows her to find she has never forgiven him for breaking up with her and in revenge became the Foreigner's lover.Her apartment is fire-bombed by the Foreigner's hitman Blaze, and she begins living with Peter Parker. During her ruse against Peter and despite her anger, Felicia begins to fall back onto her desire to love him. Spider-Man then discovers her association with the Foreigner. She clears Spider-Man of a murder charge. In the end, the Black Cat double-crosses the Foreigner and leaves for Paris to find a new life, which pushes Peter to find support and a new relationship with Mary Jane Watson.

Years later, the Black Cat returns to America, and goes "shopping" (actually shoplifting) with Dagger. She returns to her original costume, seeks out Peter Parker, and in a chance confrontation with Venom learns that Peter had married Mary Jane Watson.  Angry and jealous,

Felicia begins harassing the couple, taunting Peter as by dating his friend Flash Thompson.She physically threatens Mary Jane, confronting her and swearing to ruin their marriage.She saves a powerless Spider-Man from the Scorpion, but then all her powers are rendered inert by one of the Chameleon's devices. She realizes that she sincerely cares for Thompson, but when she proposes marriage he refuses her, saying that he was only interested in her because she was the ex-girlfriend of his idol, Spider-Man.

Spider-Man ran into the Black Cat as she was breaking into the penthouse apartment of Dexter Bennett. Spider-Man caught up to her, reminding her that she was the one that dumped him. She and Puma had ended their relationship, so she and Spider-Man share a kiss, and later they slept together with the lights off, so Felicia could not see Peter's face.Following this encounter Peter and Felicia begin a sexual relationship.

All-New All-Different Marvel Black Cat established a criminal empire which is disbanded by Gwenpool and Howard the Duck.

During the Civil War II storyline, Black Cat took in Kingpin's former minion Janus Jardeesh as the latest member of her gang. She was later informed about Janus undergoing Terrigenesis and arrived at the scene. During one of the heists by Black Cat's gang, Black Cat encountered the Avengers. She, Fancy Dan, and Janus Jardeesh evaded capture. Afterwards, Black Cat decided to lay low for a while.

Black Cat was ranked as the 152nd greatest comic book character of all time by Wizard magazine. She was ranked 24th on IGN's "Top 25 Spider-Man Villains" list, as well as 27th in Comics Buyer's Guide's "100 Sexiest Women in Comics" list.

In other media Edit 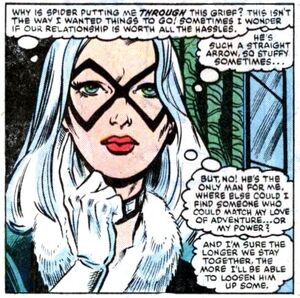 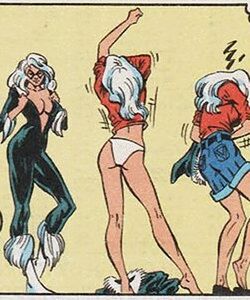 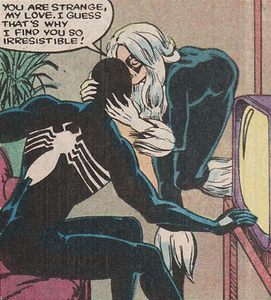 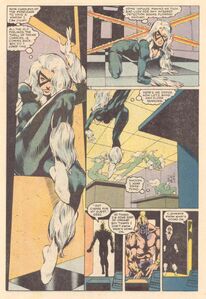 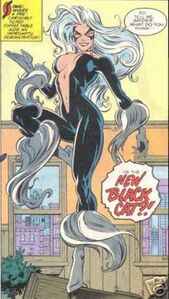 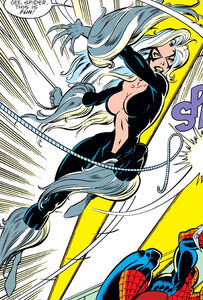 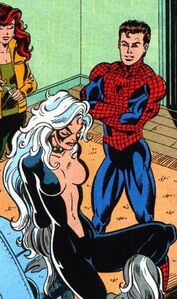 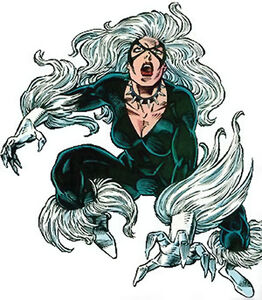 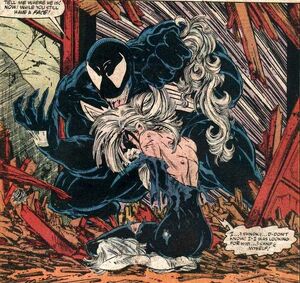 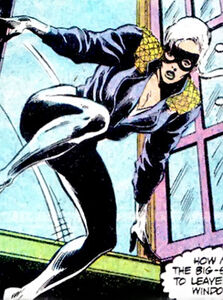 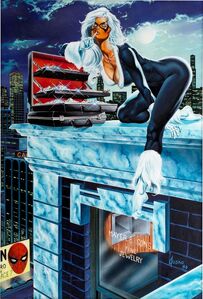 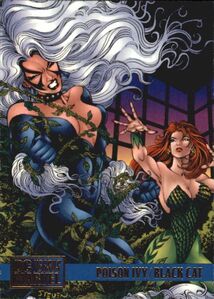 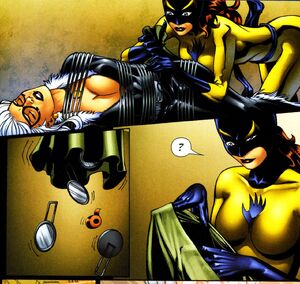 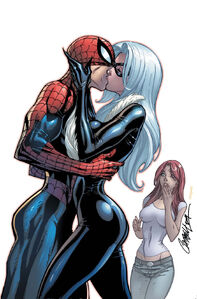 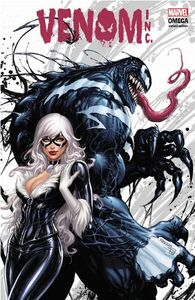 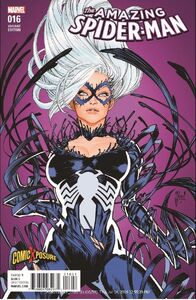 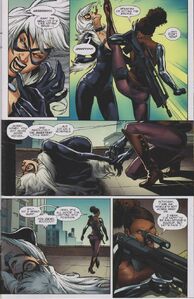 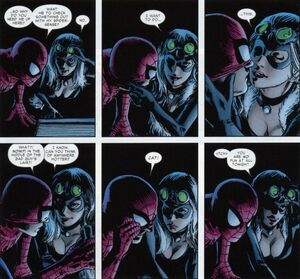 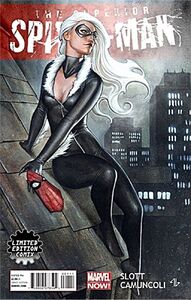 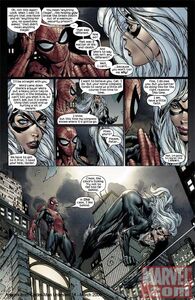 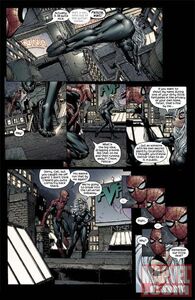 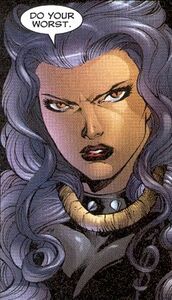 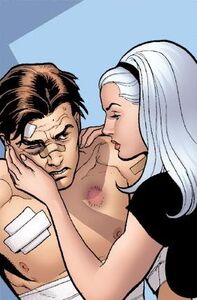 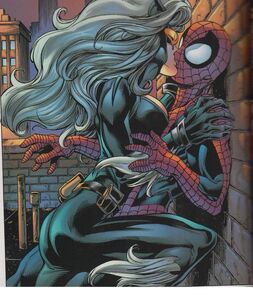 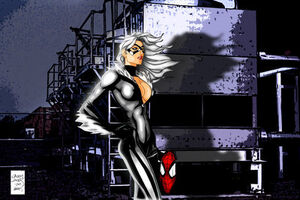 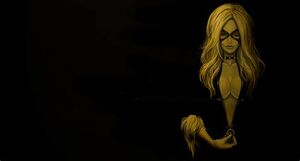 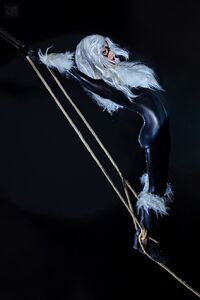 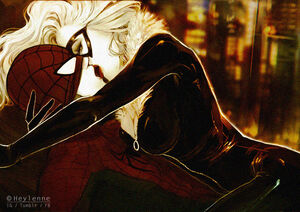 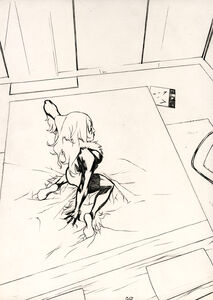 Add a photo to this gallery
Retrieved from "https://femalevillains.fandom.com/wiki/Black_Cat_(Spider-Man)?oldid=143673"
Community content is available under CC-BY-SA unless otherwise noted.