The Biker girl (Jennifer Balgobin) is a mysterious woman who shows up very briefly in Weird Science as the scantily clad slave of a mutant biker gang that shows up from another dimension. In a nod to Mad Max, the biker gang appears dressed in leather and smeared in face paint. The leader fires his weapon and the biker girl cackles. She holds a party goer hostage before being threatened by a rifle from the protagonist and told to "shut up." She cowardly complies and looks on as her owner is threatened by the same gun. Later, she apologizes to the protagonists before being led away in chains behind her boss. 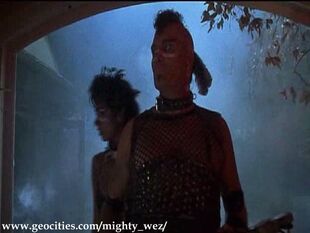 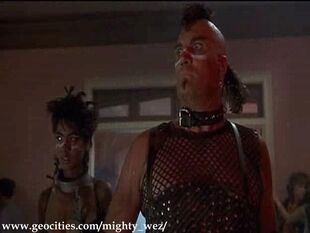 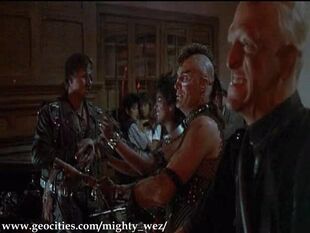 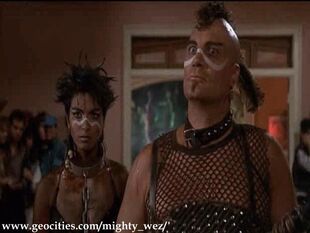 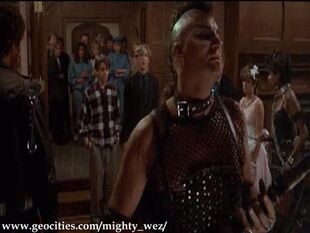 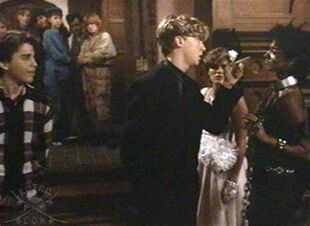 Being told to shut up 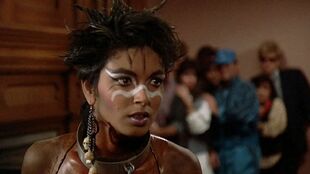 Looks over at her owner for help. 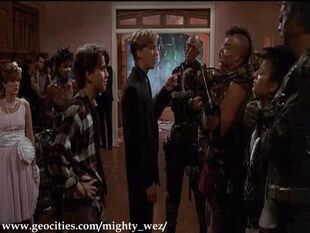 Her owner gets an earful 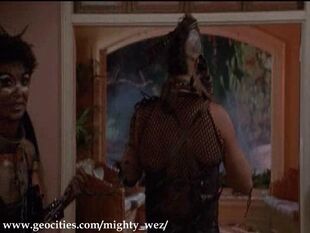 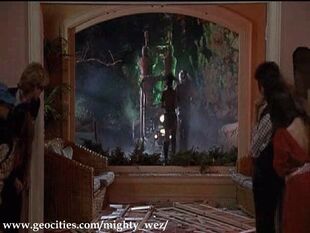 Rear view as she's being led away
Add a photo to this gallery
Retrieved from "https://femalevillains.fandom.com/wiki/Biker_Girl_(Weird_Science)?oldid=142995"
Community content is available under CC-BY-SA unless otherwise noted.