Big Blonde (Nadja Kostich) is a secondary antagonist in the 1988 2-part episode "The Golden Serpent" for the TV series "MISSION IMPOSSIBLE".

Jim Phelps (Peter Graves) and his Impossible Missions Force team are out to destroy a South East Asian drug smuggling organisation known as "The Golden Serpent". Their quest leads to the villain's lair in an underground mining operation that uses industrial lasers to break up the rock. Nadja Kostich who plays the villain's amazonian henchwoman, is tagged only as "Big Blonde" in the Internet Movie Database. Her favorite plaything is a lethal mini-crossbow. Her death scene is the most "over-the-top" performance (FX too) I've ever seen on a TV show.

In a climactic point of the film, Big Blonde is tackled into a deep pool of water by Shannon Reed (Jane Badler).  An intense catfight takes place in the underground mine, of which she is humiliated by the heroine.  Big Blonde crawls up on the bank of the pool and grabs her favorite weapon, the mini-crossbow. Her shot at Jane goes wild and the arrow hits the control console which causes the industrial laser to malfunction, shooting deadly laser beams all over! The laser gets the big blonde IN THE ASS (!), accompanied by a puff of smoke rising and her agonized screaming. Another laser blast gets her in the back and she flips over only to have the laser beam get her in the chest (breasts)! She screams bloody murder all the time! She finally gives up the ghost and sinks in the water, disappearing for good.  This was a top-notch Evil Babe demise! 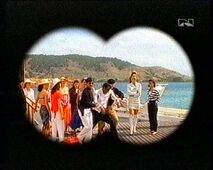 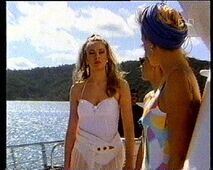 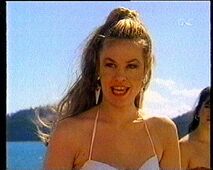 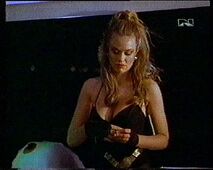 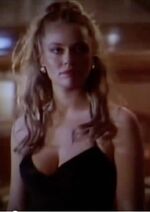 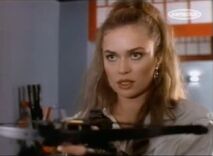 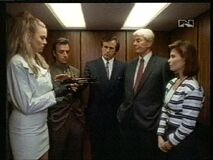 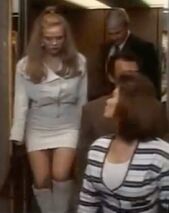 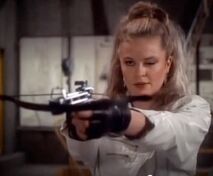 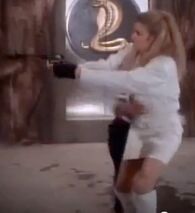 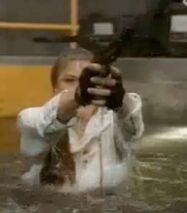 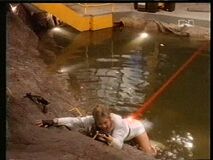 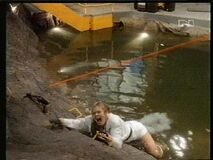 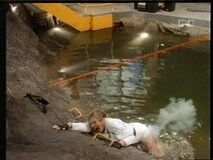 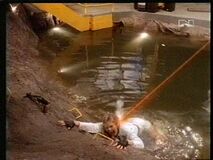 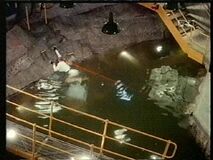 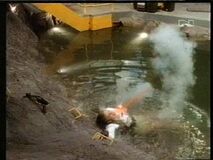 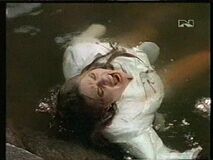 Add a photo to this gallery
Retrieved from "https://femalevillains.fandom.com/wiki/Big_Blonde_(Mission_Impossible)?oldid=186253"
Community content is available under CC-BY-SA unless otherwise noted.