The Female Villains Wiki
Register
Don't have an account?
Sign In
Advertisement
in: 2010s, Betrayer, Brunette,
and 17 more

Bianca is a member of the narcotics task force, along with her partner and best friend Yolanda Concepcion (nicknamed "Yoli" for short). The pair worked undercover during their investigation into notorous drug dealer Omar Vega, as Yoli had suspected that Vega had a dirty cop in his inner circle. During their investigation at a nightclub, Bianca sent Yoli a text in code telling her that she was in trouble, with Yoli rushing to Bianca's aid.

After Yoli arrived, Bianca turned heel and shot her friend and partner to death. As it turned out, Bianca was the villainess aligned with Vega, and she killed Yoli out of fear that she would find out about her corruption. Her plan was to frame the Perry Boys (who she colluded with to steal Vega's drugs) for the murder, but the plan changed when they decided to reduce her cut and threaten to reveal her secret. In response, the evil Bianca shot and killed her co-horts; using the same gun she used to kill Yoli, continuing to keep her heel persona hidden.

Bianca's reveal came when Patrick Jane went to Vega with to offer a deal that would allow him to restock his supply; a deal that Bianca already offered him. It was there that Vega called Bianca, who revealed that she's Vega's business partner. With Vega threatening to shoot whoever was lying to him, Bianca proved herself by confessing to killing the Perry Boys and Yoli, right after Jane made the same claim. After CBI enters and arrested Vega and Bianca, the latter was interrogated by Lisbon and the task force's leader, Sgt. Henderson. Bianca again confessed to killing Yoli, who she said trusted her, and regarding the Perry Boys' murder, the villainess stated that it wasn't the plan but things changed when they decided to reduce her cut. Bianca justified her villainous actions by stating that the drug dealers she had been arresting were making more money than her, and she decided to join them rather than take them down. 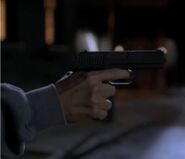 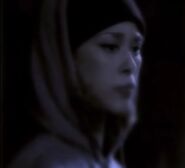 Bianca's expression after her heel turn 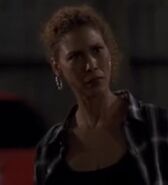