Bianca is the rival to the main character, Jessica Spencer (Rachel McAdams). In the movie, Jessica is turned into a man, Clive (Rob Schneider), after he puts on her earrings. This is explained when Princess Nawa used a pair of enchanted earrings to escape an arranged marriage by swapping bodies with a slave girl during 50 B.C.  When each woman wore one of the earings, their bodies magically traded places while their minds remained where they were.

Bianca is a bully and real bitch to Jessica, who are head cheerleaders from rival schools. Jesssica is the leader of her squad which consists of April (Anna Faris), Keecia "Ling Ling" Jackson (Maritza Murray), and Lulu (Alexandra Holden).

There is plenty of slapstick comedy at the expense of Bianca.  First of all, Jessica frames Bianca for shoplifting by shoving a piece of clothing at a mall inside her clothing. When Bianca attempts to leave the store the alarm goes off.  There is a pause when Bianca knows she is in trouble. Jessica waves goodbye to her, and the next second, Bianca gets tackled by the mall police.

Second, Bianca goes dancing in the club with Clive, who is really Jessica. Clive is suppose to see if Bianca has a tattoo of a scorpion on her back. In order to do this, Jessica rips her shirt which has Bianca totally surprised and she runs off the dance floor.

Third, Bianca gets knocked out with a head butt by Clive, who is still Jessica. 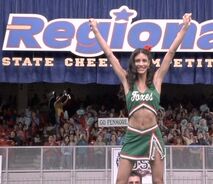 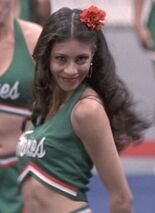 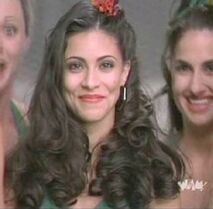 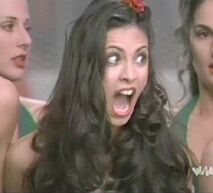 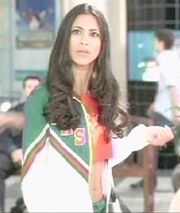 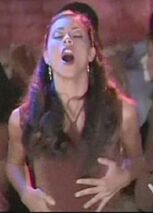 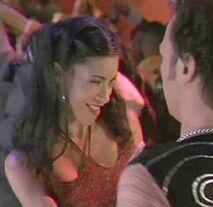 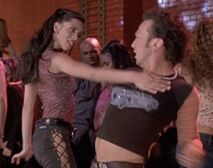 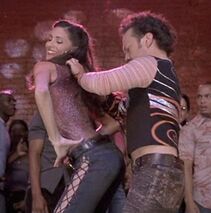 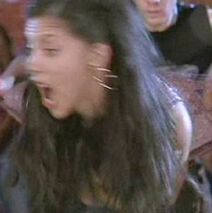 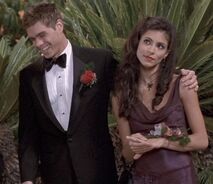 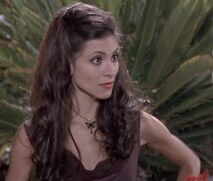 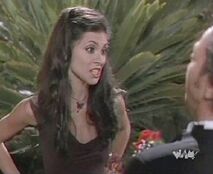 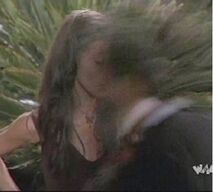 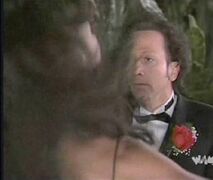 Add a photo to this gallery
Retrieved from "https://femalevillains.fandom.com/wiki/Bianca_(The_Hot_Chick)?oldid=202220"
Community content is available under CC-BY-SA unless otherwise noted.