Start a Wiki
watch 01:39
The Loop (TV)
Do you like this video?
Bev Conklin (Mary Frann; 1943-1998) was the villainess from "The Curse of Hampton Manor," the second segment from Beyond Belief:  Fact or Fiction's third season opener. (airdate May 19, 2000). She was an unscrupulous realtor looking to sell a lavish house on Hampton Manor, knowing that the house was cursed (the last five owners met with untimely deaths).

To make sure the house sells, Bev never mentions the curse (which she doesn't believe in), despite warnings from her assistant, Gina. Bev managed to sell the home to Don, a stockbroker, and his wife Martha, and within a week, Bev was visited by Don, who was a complete wreck. Since buying the home, Don's stocks collapsed, Martha left him, and he developed an ulcer, leading Don to beg Bev to buy the house from him. However, the evil Bev only offered to pay $300,000 for the house, which was less than half of what Don paid her.

Later that evening, Bev talks to Gina on the phone while bathing, boasting about how great the house looks and scoffing at the concept of it being cursed. During her conversation, however, a wave of electricity travels to the receiver and electrocutes Bev, killing the villainous realtor. 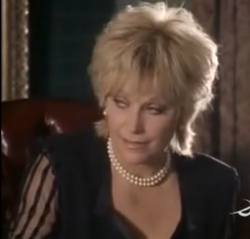 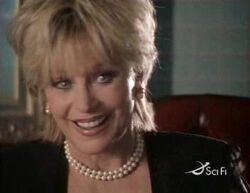 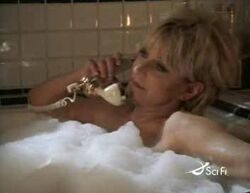 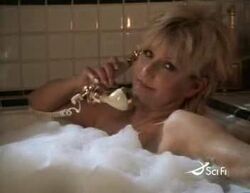 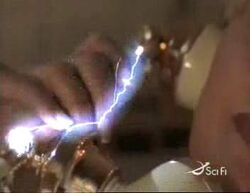 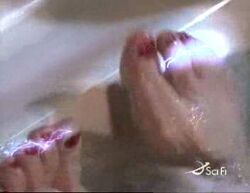 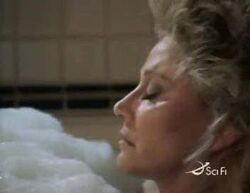 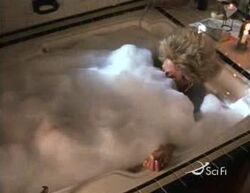 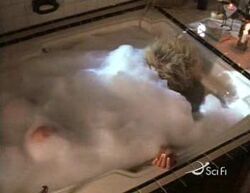 Add a photo to this gallery
Retrieved from "https://femalevillains.fandom.com/wiki/Bev_Conklin_(Beyond_Belief:_Fact_or_Fiction)?oldid=206990"
Community content is available under CC-BY-SA unless otherwise noted.