Start a Wiki
watch 01:51
The Loop (TV)
Do you like this video?
Betty Spinelli (Isabella Rossellini) is the female antagonist in the 1995 episode "You Murderer" of the TV series "Tales From The Crypt".

Betty was the wife of Lou Spinelli (Humphrey Bogart) an ex-con who  years ago  had hired a plastic surgeon named Oscar Charles (John Lithgow) to sculpt his face to make him look like the late actor Humphrey Bogart.

One day Lou gets a call from Betty who says that has the pictures  of his past and threatens him with blackmail. Lou decides to head home and confront Betty. Lou arrives home and finds Oscar lying on the floor thinking he's dead  Lou goes over to check the body only to find out that oscar is alive. The phone call was just a ruse to lure him there.

Betty and Oscar reveal that they have been having an affair for a year.  Oscar gives lou a drink so it will look like he commited suicide. Lou gets suspicious and decides not to drink the poison.   In a fit of rage Betty hits Lou with a statue causing him to fall his his death. The two decide to get rid of Lou's body they take Lou to the woods to bury him.

Lou's secretary Erika (Sherilyn Fenn) shows up. Betty shoots Erika. The bullet his lou's body which falls on the clutch of the car that rolls over Betty and OSscar. 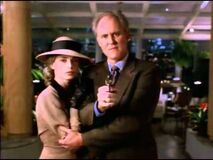 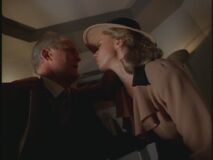 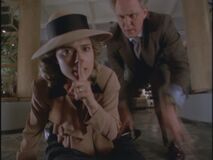 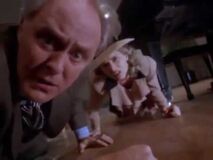 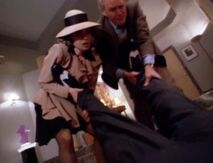 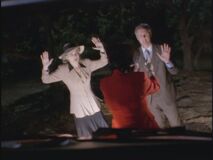 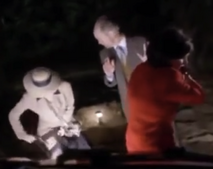 Add a photo to this gallery
Retrieved from "https://femalevillains.fandom.com/wiki/Betty_Spinelli_(Tales_From_The_Crypt)?oldid=176661"
Community content is available under CC-BY-SA unless otherwise noted.