Bethel (Randi Brooks) is the evil witch in four episodes of the 1983 TV series "Wizards and Warriors". The four episodes are "The Unicorn of Death", "The Kidnap", "Caverns of Chaos", and "The Dungeon of Death".

Bethel is a sultry blond seductress who has her sights set on being Queen of all Aperans. However, there is apparently a taboo rule against mixing magic and royalty.

Bethel wreaks havoc as an ally and lover of Prince Dirk Blackpool (Duncan Regehr). How much genuine feeling she has for Dirk, if any, is a matter for debate, but she has gone to great lengths to aid him on occasion. Her theft of Vector's monocle at Dirk's instigation places her in great personal jeopardy, as the Wizard's Council would deal quite harshly with her should Vector (Clive Revill) manage to prove his suspicions. In the interim, with little more than insults at his disposal, Vector takes great pleasure in reminding her that she is far more ancient than her current youthful form would indicate -- older even than the legendary wars of the Ashen Plateau.

In addition to preserving her youth and committing grand larceny, Bethel can use magic to disguise herself and spy on Dirk's enemies. She's used this tactic successfully against even the worldly-wise Prince Erik Greystone (Jeff Conway) and Justin Greystone (Jay Kerr), getting traitorously close to Justin in particular as part of yet another Queen Scheme.

Obviously, her spells are far harder to see through than her flimsy silver clothing. In fact, her wardrobe reveals the ultimate proof of her magic's potency, since surely some sort of sorcery is required to keep her skimpy, "barely-there" outfits from falling off. This show offered some very nice eye-candy, and Bethel wasn't the only one, as the spoiled, self-centered Princess Ariel Baaldorf (Julia Duffy) also accomplished the same. 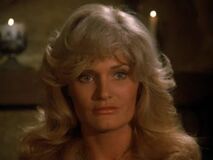 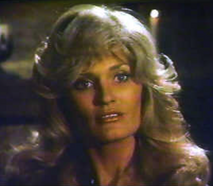 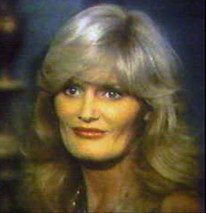 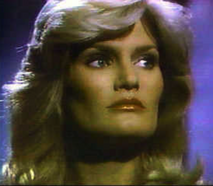 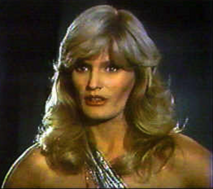 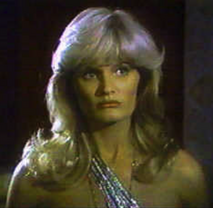 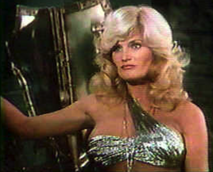 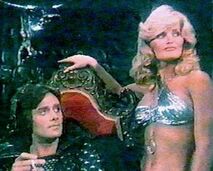 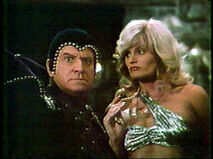 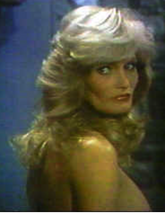 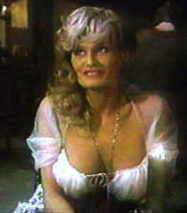 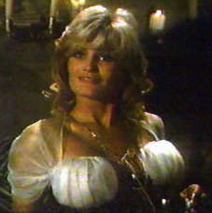 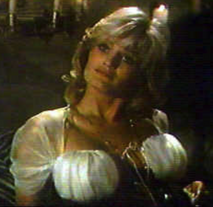 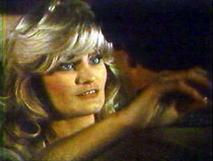 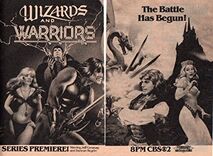 Add a photo to this gallery
Retrieved from "https://femalevillains.fandom.com/wiki/Bethel_(Wizards_and_Warriors)?oldid=63265"
Community content is available under CC-BY-SA unless otherwise noted.