Beth (Tabitha St. Germain) is a mean popular girl in the early 2000s version of Polly Pocket. As the second most popular girl in school, she is Polly (Tegan Moss)'s nemesis and is willing to do anything to steal her glory, along with Evvie Adams and Tori Phuong-Tran (Jocelyne Loewen and Nicole Oliver). Gwen and Griselle replace her in the 2018 Irish version.

Beth is a conceited and shallow cheerleader. She is also very arrogant. She is very jealous of Polly and is willing to sabatoge her and her friends in any way possible. In fact, she's so jealous of Polly that she can't see any reason why she and her friends can't get the opportunities Polly gets. For example, in "Polly Pocket: Lunar Eclipse", she is jealous that Polly's band is playing at the school dance and asks why she and her friends can't do it despite knowing that they have no band. Her two best friends are just as mean as she is, but she can also be mean to them and nag them to do things.

Unlike the other characters in the series, Beth and her friends are the only ones not included in the doll franchise as they were only for the TV shows and movies.

For a science project, Beth learns that if Lila (Brittney Wilson) doesn't get a good grade, she'd be grounded and forbidden to play at the upcoming dance, which would prevent Polly's whole band from playing at the dance. Beth lets Lila borrow her camera and lies that she put a new roll of film in it when the film really has pictures from a family picnic. At first, Beth and her friends are pleased only for Polly and her friends to come up with a plan to fix it.

Cool at the Pocket PlazaEdit

Beth and her friends overhear Polly and her friends talk about the Pocket Plaza and that they'll be performing live on TV, increasing Beth's jealousy because it'll make Polly even more popular. She tries again to humiliate Polly and her band in the show at the hotel. At first, she mistakes Polly's British cousin Pia for Polly herself until she learns that the cousins have been pretending to be each other. They pretend to be interested in Polly's band and have Miss Throckmorton overhear Pia's name. Miss Throckmorton, Pia's anti-American aunt, then kidnaps and locks up Polly (mistaking her for Pia) in her hotel room, forcing Pia go give out the speech instead. When Polly makes it back in time for her band, a defeated Beth craves vengance.

After discovering that Polly received from her father an entire amusement park with her name, Beth is jealous of Polly, and she's also furious that Polly's presence will ruin her chances of becoming the most popular girl in school. She teams up with Tori, Evvie, Karl and Lark (the latter two are Swedish exchange students who were manipulated by Beth to respect her) enter the Polly World contest in an attempt to win the grand prize, but Beth is obsessed with taking all the focus and attention on ambition to beat Polly and become more famous than her at the end of the contest. Beth only becomes a bigger threat when she gets the help Polly's future stepmother Lorelai manipulating Mr. Pocket convincing the user to expel Polly of his mansion making she abandon her friends forever. However, when Lorelai fails to keep her part of the deal, Beth takes her into the soundbooth and accidentally turns on the microphone, she threatens to tell John that Lorelai wanted to get rid of Polly and ship her to boarding school. When John confronts Lorelai for lying to him, Beth enjoys being on the big screen. When Lorelai goes after John once he calls off their engagement, Beth tries to take advantage of her appearance on the screen to show off her cheerleader skills only to trip on some wires, causing the audience to laugh at her. In the end, Beth is upset that Polly isn't going to boarding school and realizes that telling John about Lorelai's plot would've saved Polly from doing so anyway. 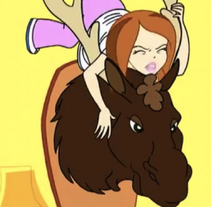 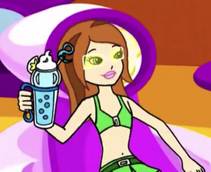 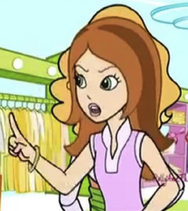 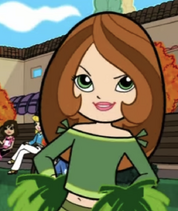 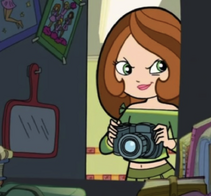 Add a photo to this gallery
Retrieved from "https://femalevillains.fandom.com/wiki/Beth_(Polly_Pocket)?oldid=189925"
Community content is available under CC-BY-SA unless otherwise noted.