Start a Wiki
watch 01:48
The Loop (TV)
Do you like this video?
Beta (Lorena Velazquez) is an anatagonist in the 1960 Mexican sci-fi film "The Ship of Monsters". The original title of the film was "La nave de los Monstrous".

Two alien women, Beta and her partner Gamma (Ana Bertha Lepe), are sent on a mission by the regent of Venus to search for a male of another planet. They desperately need to replace the missing men from their civilization, as they died due to atomic sickness.

Beta was a foreigner to Vens, being the daughter of Ur, planet of shadows. She serves as the navigator.

On their quest, all they can muster is a collection of rogue monsters from various planets. There is Tor, who is a robot from the dead planet Palis, where everyone was killed in an atomic war; Tagual, Prince of Mars; Uk, a cyclops and King of the fire planet; Utirr, the Grand priest of the Red Planet; and Zok, a skeleton.

The monsters are all shoved into a closet, where they will randomly escape until they’re gassed and forced back into it. The robot Tor tries to warn the women about engine problems, but they just laugh at the silly robot until their engine does malfunction and they have to make an emergency landing Earth.

There they meet Lauriano Gomez (Lalo Gonzalez), who juggles his time between being a singing cowboy and a lying cowboy.

The space ladies stop by Lauriano’s house to ask for directions to a hotel, he ends up convincing them to stay at his place instead. The robot Tor barges in, grabs Lauriano’s young brother Chuy, and begins singing to him.

The women hypnotize Lauriano to explain it to them. He does…via song thanks to a juke box. The ladies seem rather keen on this love concept, and he demonstrates seduction/kissing on Gamma. Beta then kisses him, then freezes him and requests him as her property. The women are soon arguing over who will get him. This causes jealousy among the alien women. Gamma sends Beta away, and soon Lauriano is asking Gamma to marry him.

The Venusian ship is fixed, and it’s time to go, except there’s no Beta. It is soon learned that Beta is a secret vampire from Uranus, and has gone on a vampire blood lust. She is found chomping down a random dude.

Gamma sends Tor to go get her, as it’s against galactic law to drink human blood. The punishment is death, which Gamma will have to reluctantly do to Beta because it’s the law. However, Beta grabs the magic box that freezes people from Gamma and takes over, ordering Tor to obey her only. Beta will turn Earth into giant vampire feeding ground.

Beta recruits the monsters, convincing them that Venus will kill them regardless, and they should join up with her and just conquer Earth. They monsters are pretty excited about the idea. Beta assigns them all tasks: bone guy Zok gets to kill women, Utirr the spider guy gets to kill kids, Uk the cyclops gets to kill animals, and Tagual the Saucer Man will drink blood with her. She treats Tagual as sort of an equal, but not quite equal.

Uk the cyclops goes out and eats a cow (we see the skeleton of the cow, still standing), and Lauriano follows footprints from the skeleton to where Uk is. They fight, and soon the other monsters show up. Lauriano escapes, but his lying ways prevent anyone from believing him.

The monsters soon fight over who gets to date Beta, and Beta sends Tor to go get Lauriano, partially to shut the monsters up, and partially because she still likes him. Lauriano begins laying on the charm and tells her how much he likes her, all in a ruse to steal the magic control belt and free Gamma. Luckily, his singing cowboy ways come in handy as he sings and steals.

Lauriano has no clue how to work the box, and runs to the ship and bangs on it until Gamma frees herself enough to take the box and use it to get things under control. Lauriano decides now is a good time to try to get her to marry him and not go back to Venus, but first they must stop the monsters.

Lauriano stabs Utirr the spider guy with his own fang, poisoning him. Tor sets Uk the cyclops’ head on fire. Chuy slingshots Tagual in the eye and his huge head deflates! Gamma fights Beta and Beta flies into a log, impaling herself on a branch!

Gamma sends the robot Tor back to Venus and says she’ll stay on Earth, and Venus must leave Earth alone and solve its own problems. And Tor will teach them about love. 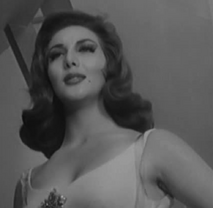 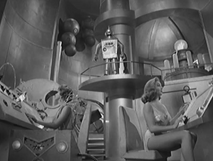 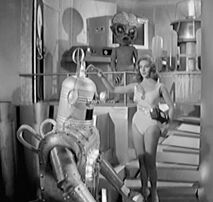 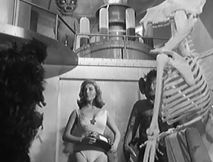 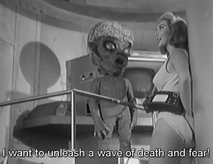 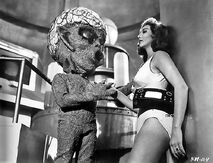 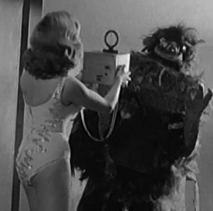 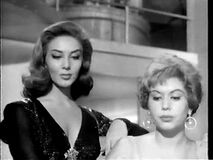 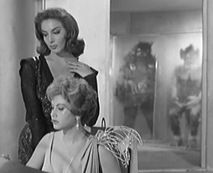 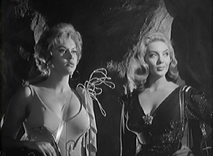 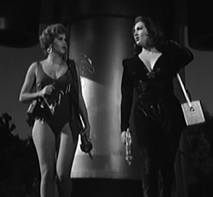 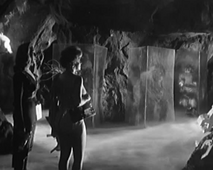 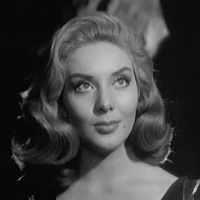 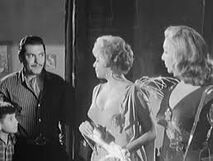 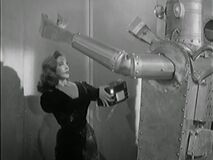 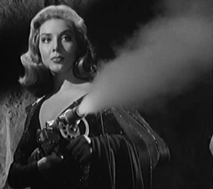 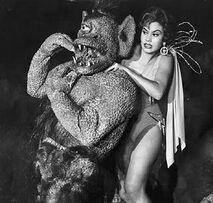 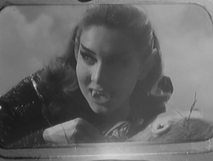 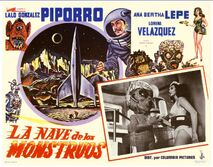 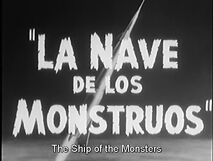 Add a photo to this gallery
​​​​​​
Retrieved from "https://femalevillains.fandom.com/wiki/Beta_(The_Ship_of_Monsters)?oldid=182503"
Community content is available under CC-BY-SA unless otherwise noted.