Belvera (representing Courage) is the older sister of Moll (Megumi Kobayashi) and Lora (Sayaka Yamaguchi). She is (or was at one time) just as nature conscious as her siblings, but sees humans as an ultimate destructive force. She states that she hates her younger sisters but actually cares about them and despises the human race for the damage that they caused to the Earth. Belvera believes that controlling humans for her own means is better than helping them. Due to her nature, she can't get along with the ways of the two younger sisters, declaring at the end of Rebirth of Mothra III that they will always have differing opinions. Belvera's mount is a small, winged, robo-organic, dragon-like reptile called Garugaru. Belvera has no problem striking Garugaru, and kicks it to make it go faster, but she does seem genuinely upset when he appears to die at the end of the first film. Belvera can also command Fairy Mothra and ride on her back, as shown in Rebirth of Mothra III. 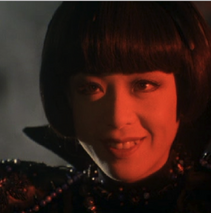 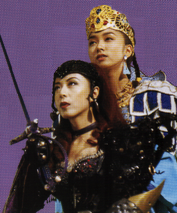 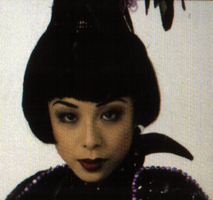 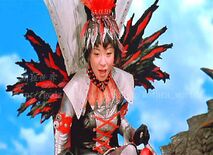 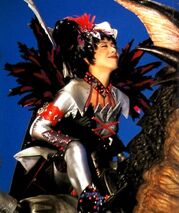 Add a photo to this gallery
Retrieved from "https://femalevillains.fandom.com/wiki/Belvera_(Rebirth_of_Mothra)?oldid=199237"
Community content is available under CC-BY-SA unless otherwise noted.