The Female Villains Wiki
Register
Don't have an account?
Sign In
Advertisement
in: 1960s, Beehive Hairstyle, Betrayed,
and 18 more

Belladonna (Marianna Hill) is a gun moll in the 1967 episode "Night of the Bogus Bandits" for the TV series "The Wild Wild West".

Belladona is one of Dr. Miguelito Loveless's consorts in crime, the other being Pearline Hastings (Grace Gaynor). This is Dr. Loveless's eighth of ten appearances in The Wild Wild West series.

Dr. Loveless (Michael Dunn) is going to try to take over the western part of the United States.  This time he is training an army of his own to perform the take over.  He acts like a stage director with his goons practicing their roles in a model of a bank.  Belladonna is posed as a old lady making a deposit with a bank teller.  It goes wrong, and the man playing James West is shot and the bullet ended up real.  The man responsible for not changing his bullets to blanks is shot by another on orders of Loveless.

The next day they successfully rob a bank and then burn the money in the desert.  They do this, because it is all chicken scratch, and the fact that they know the banknotes all have serial numbers on them that can be traced back.

James T. West (Robert Conrad) and Artemus Gordon (Ross Martin) blunder into his plot entirely by accident because of some robbery money which one of the Loveless army members mistakenly spends.  The mystery for West & Artie is that in spite of a huge series of robberies by these bogus bandits, this one bill is the only one which has shown up to be spent anyplace.

West gets in a bar fight and at the conclusion is reaquainted to Dr. Loveless and his assistant Belladonna, who was pointing at gun at him.  His real desire was to steal the federal gold reserves, develop an army, and then secure an armory, which his team was planning to carry out.

West is brought to an outside arena where Loveless and Belladonna view from a crows nest to view a planned competiton to the death.  One by one, West is able to defeat the hired guns.  This was all orchestrated by Loveless, and when West comes out victorious, he is about to be put to death once and for all.  However, Artemus poses as an old gunsmith and causes a distraction with a fire. He and West are able to escape over the wall and ride off on horseback.

Later West and Artemus are once again captured.  Loveless tells them of his plan to take over a slice of the West and become Miguelito I, with Belladonna as his consort.  Artemus slammed into the electronics, which severly damaged Loveless' mode of communication.  While that happened, West was able to wrestle the gun away from Belladonna.  Now West had a gun pointed at Loveless and Belladonna.  However, Loveless grabbed another pistol that was hiding in the back of Belladonna's lovely pink dress.  He then used Belladonna as a hostage, daring West to shoot.

In the end, Loveless is able to escape by going down the laundry shoot and making a getaway in a baby carriage being pushed by Pearline.  Belladonna was looked after by Artemus, and it is assumed that she was taken to the authorities. 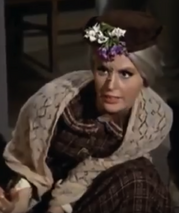 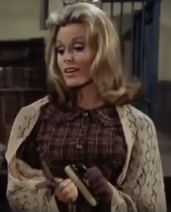 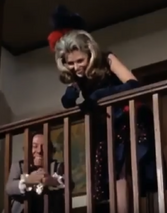 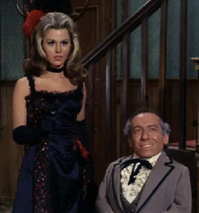 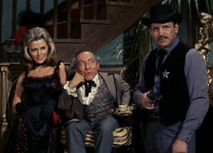 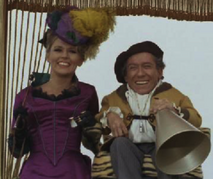 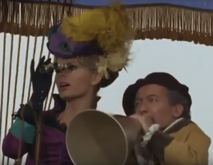 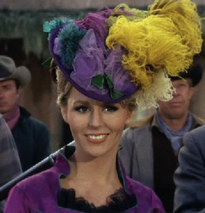 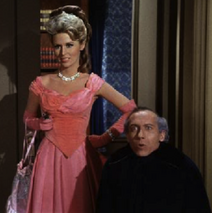 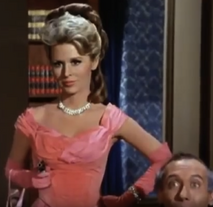 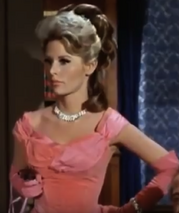 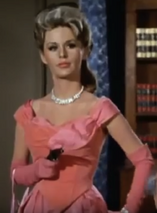 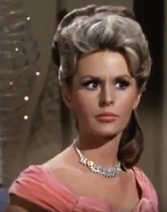 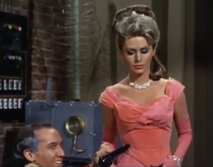