Start a Wiki
watch 01:24
The Loop (TV)
Do you like this video?
Beatrice is a villainess from the cartoon Mighty Man And Yukk, she appears in the 1979 episode Coach Crime's Big Play. Mighty Man And Yukk is a segmented show from the animated series The Plastic Man Comedy Adventure Show.

Coach Crime is the leader of a group of thieves and Beatrice is one of his villainous minions. She dresses in a short skirted cheerleader outfit to fit in with the theme of a gang led by a sports coach. Her acts in the episode include distracting Mighty Man and Yukk with a cheer routine so that another one of Coach Crime’s thugs can kidnap them from behind. She is also seen stealing items from a department store.

Eventually Coach Crime and his gang are captured by Mighty Man and Yukk. Beatrice is seen running away from the heroes and into an elevator with Coach Crime. The ugly dog, Yukk, takes off his dog house and comically scares the elevator from going down into going back up, and it bursts all the way through the roof of the department store. The evil duo are eventually captured inside of the elevator and Coach Crime is later unmasked and told he will be going to jail. However, Beatrice is never seen or mentioned again after she enters the elevator, but she will presumably be going to jail with the coach as well. 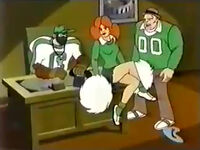 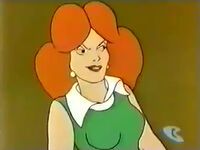 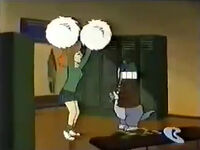 She distracts the heroes with a cheer... 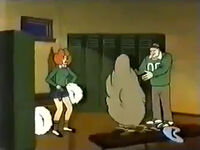 ...so one of Coach Crime's thugs can capture them 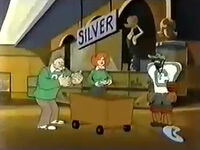 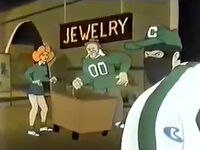 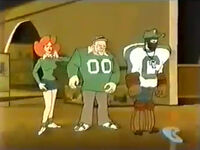 The villains spot the heroes coming after them... 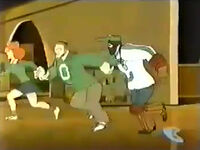 ...and flee into a nearby elevator... 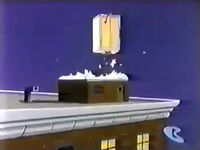 ...which flies through the roof of the building, where she is caught
Add a photo to this gallery
Retrieved from "https://femalevillains.fandom.com/wiki/Beatrice_(Mighty_Man_And_Yukk)?oldid=94373"
Community content is available under CC-BY-SA unless otherwise noted.