She is a Nazi agent who caught the eye of Colonel Hogan at a gathering orchestrated by Colonel Wilhelm Klink.  With Sgt. Schultz setting up a date between Hogan and the Baroness as part of their plan to get information from Hogan. He is invited to the Baroness' place, where they engage in a romantic embrace. Hogan discovers a microphone in the lamp shade, and realizes their conversation is being bugged.  In fact, Klink and Schultz are listening in the other room.  Therefore, Hogan is very careful about what he says.

He later uses the Baroness to further his own plan, which includes a British captain, Sears, and planting phony invasion plans to set up the Germans.  On the next rendezvous with the Baroness, Hogan brought Sears with him and asked her to hide him in her celler.  They hatch out a plan to have the plans passed to a German who says a code phrase.  Schultz arrives at the door and says the phrase, the plans are handed off, and Sears is arrested.  However, this was all the plan from the start.

On the next meeting with the Baroness, they are making out on the couch once again.  While this meeting is being observed by Klink and Gestapo Officer, Hogan has his men, Newkirk and Carter pose as German guards and bring LeBeau to the prison where Sears is being held.  LeBeau is posing as a French man who is their prisoner.  Once in, they break out Sears.

Thinking Hogan has something to do with the plan, Klink and the Gestapo Officer break in on Hogan and the Baroness, and find that he hasn't left the room all night.

Hogan is later denied access to the Baroness in the future. 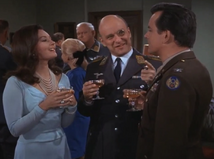 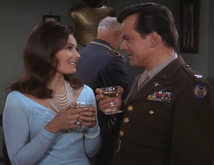 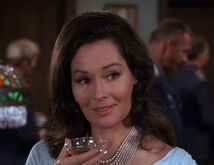 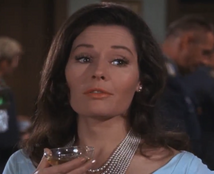 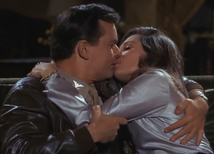 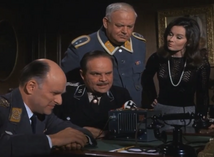 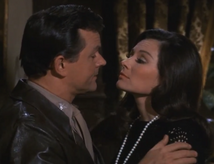 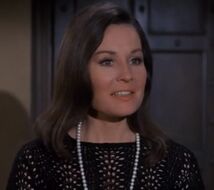 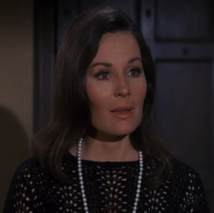 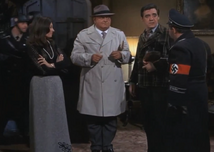 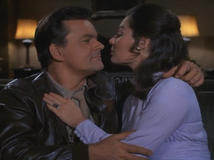 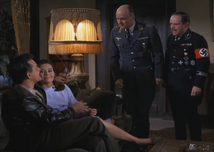 Add a photo to this gallery
Retrieved from "https://femalevillains.fandom.com/wiki/Baroness_von_Krimm_(Hogan%27s_Heroes)?oldid=191562"
Community content is available under CC-BY-SA unless otherwise noted.