Baroness Paula von Gunther was a villainess in DC Bombshells comics.  She was created by William Moulton Marston and H. G. Peter for National Periodicals.

The Baroness was a Nazi spy, a Gestapo agent, and headed all German operations in America.  She was a brilliant scientist with a flair for weapons of evil.

She extorted Americans into doing her dirty work; she kept and ritually tortured a crew of scantily clad female slaves. Tried and executed for sabotage, von Gunther "died" several times but had always calculated escape routes in advance.

The Baroness was cunning, resourceful and cruel. From the moment she first appeared in Sensation Comics #6, she was the most gleefully evil villainess in comics who kept getting away. But in Wonder Woman #3 (1943), the character was revised; despite all her earlier gleeful depravities, it turned out she was "evil" only because the Nazis held her daughter hostage in Germany.

After Wonder Woman rescued the child, Paula "turned good", but still had to stand trial for her crimes. This time, Wonder Woman intervened on her behalf. Moving to Paradise Island, von Gunther became the Amazons' chief scientist and invented miraculous machines, endlessly helping Wonder Woman and even restoring life to the entire Justice Society of America on one occasion. 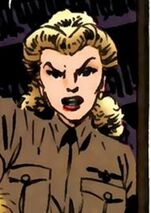 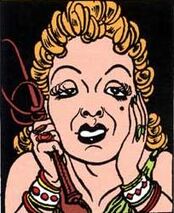 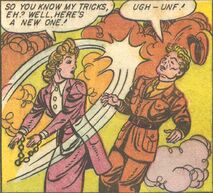 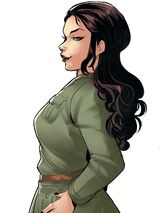 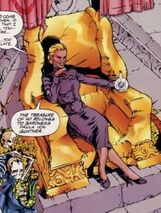 Add a photo to this gallery
Retrieved from "https://femalevillains.fandom.com/wiki/Baroness_Paula_von_Gunther_(DC_Comics)?oldid=132685"
Community content is available under CC-BY-SA unless otherwise noted.