"You get Lady Jaye out first, you might double-team me. If I get the Commander out first, we will definitely jump you." - The Baroness to Flint.

Baroness serves as Cobra's intelligence officer and lieutenant to Cobra Commander. With long black hair, black-rimmed glasses, and a black leather outfit, Baroness is a dark, sensual femme fatale whose beauty is matched only by her ruthlessness. In both comic and cartoon incarnations, as well as the 2009 live-action movie for the series, she has romantic relationships with Destro.

The Baroness is the daughter of wealthy European aristocrats. She spends years decrying the hypocrisy of the American government, becoming an active participant in militant revolutionary groups, eventually becoming a member of Cobra.

The Baroness first appeared in the Marvel Comics series G.I. Joe: A Real American Hero #1. She is instrumental in Cobra's first major offensive against G.I. Joe, Operation: Lady Doomsday. Posing as a reporter, Baroness abducts Dr. Adele Burkhart and brings her back to Cobra’s island fortress. Despite disguising herself as the Doctor, the Joes rescue the correct one and destroy the fortress. Baroness and Cobra Commander escape.

For a time, the Baroness allies herself wholly to Serpentor, and is in charge of the Terror Drome operation in Sierra Gordo when G.I. Joe agent Flint is captured and brought into the base. As G.I. Joe attacks the Terror Drome, Snake Eyes is removed, along with the Scanner, to Cobra's new Consulate Building in New York.

As he is subjected to the Scanner again, the Consulate is attacked by Scarlett and Storm Shadow, eager to rescue their ally.

Using an X-ray scanner, the Baroness confronts Scarlet, but she is surprised when Snake Eyes’ wolf, Timber, leaps out at her. While Storm Shadow rescues Snake Eyes upstairs, Scarlett overpowers the Baroness, strips her of her uniform and leaves her bound and gagged in a nearby closet.

The Baroness made her first appearance in the G.I. Joe mini-series, The MASS Device. Her animated incarnation was a master of disguise, even pretending to be a camera man in a film crew (she was later replaced by Zarana in this field). She is romantically involved with Destro, who often expresses frustration with her. On one occasion, Destro's disrespect for the Baroness led to her destroying his ancestral home in an act of vengeance. The Baroness tends to try to set both herself and Destro up as Cobra's leaders, and shows contempt for other members of Cobra.

In 'The Gamesmaster,' the Baroness relaxes in a jacuzzi beneath a large sunlamp. The lamp goes out and drops onto the tank like a lid, and a robotic nurse wheels her away.

On an island with snow-covered peaks and inside a house blanketed with crossword puzzles on the outside wall, Flint, Lady Jaye, Cobra Commander and the Baroness cover their ears as an extremely loud cuckoo clock chirps. Everyone climbs out of their enormous crib filled with stuffed animals and listens to the unseen Gamesmaster welcome them to his very simple game, where the winner is the one who finds the helicopter on the island and flies away.

Toy soldiers run into the room, kneel and aim their weapons at the four prisoners. Cobra Commander shouts for someone to do something. Moments before the toy soldiers fire, Flint yells at everyone to dive to the ground. The shots strike a glass window and Flint tells everyone to evacuate since the toys are not using toy ammo. While the Baroness, Flint and Lady Jaye, move through the broken window and over a hill nimbly, Cobra Commander falls out the window and tumbles down the hill, amusing everyone, and he yells at them to be silent. The Joes and Cobras decide to go their separate ways.

As Flint and Lady Jaye stroll around the island, they learn that the forestry is made of candy and marshmallows. But as soon as Lady Jaye stops to smell a bonbon berry bush, the Baroness uses a candy cane to hook Lady Jaye and pull her into a pool. 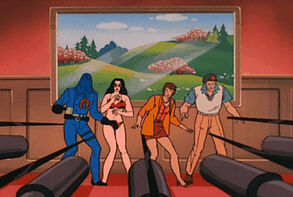 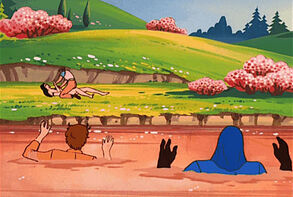 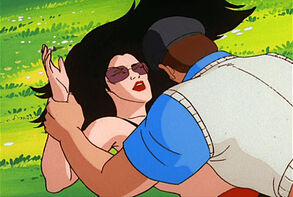 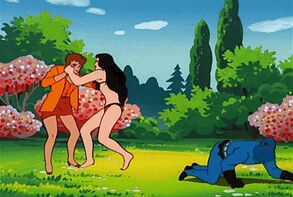 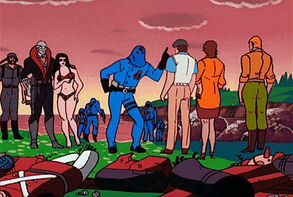 She is voiced by actress Morgan Lofting with a European accent, which tends to waver between Germanic and Slavic in both series.

In the series, the Baroness is loyal to Cobra Commander. In a departure from her previous incarnations, her fingers appear to be composed of metal, suggesting they are cybernetic in nature. If so, how much of her hands and arms are robotic is unknown, since they are covered in long gloves with only the fingers exposed. She is also shown to have the ability to create holographic duplicates of herself to distract or confuse her opponents.

The Baroness is one of the featured villains in the 1985 G.I. Joe: A Real American Hero computer game. She is also featured as a boss in the 1992 arcade game.

In the video game G.I. Joe: The Rise of Cobra, she is the first boss, who is fought towards the end of the "Arctic Arsenal" act. 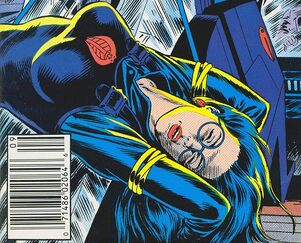 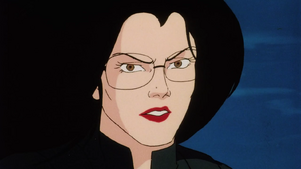 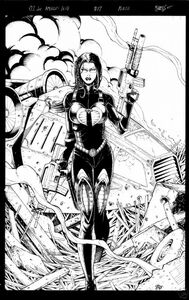 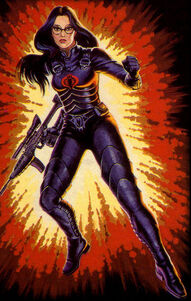 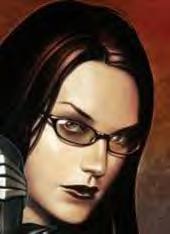 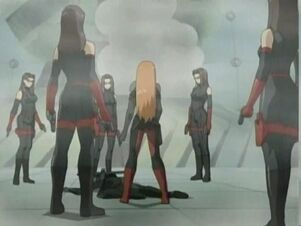 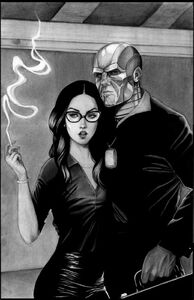 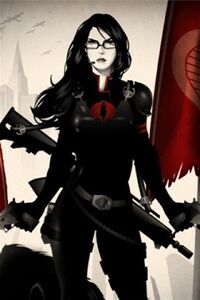 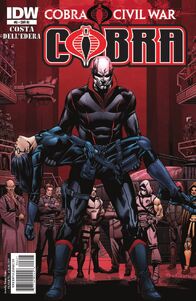 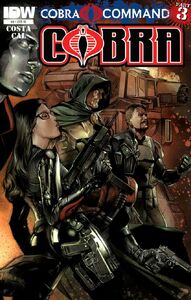 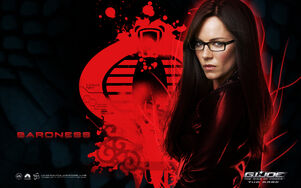 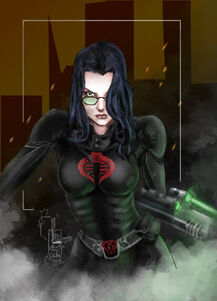 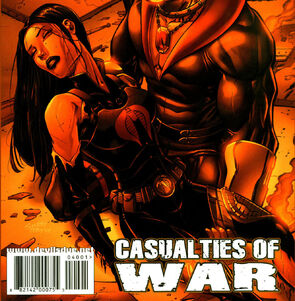 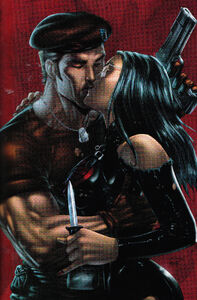 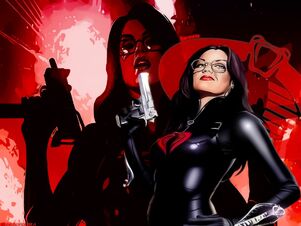 Add a photo to this gallery
Retrieved from "https://femalevillains.fandom.com/wiki/Baroness_(G.I._Joe)?oldid=193030"
Community content is available under CC-BY-SA unless otherwise noted.