Barbara Dunkelman is the main antagonist of the interactive web series, "Ten Little Roosters" by Rooster Teeth. This comical web series depicts the employees of Rooster Teeth in the midst of a murder mystery heavily influenced by Clue.

In the end, it is revealed that Barbara was the killer the whole time. She fights the only remaining survivor while wearing a green spandex bodysuit, believing it to be a green screen suit.

The sneering villainess advances on the last survivor, brandishing a fist trophy for her final kill, declaring "The time of God damn it, Barb is over! I'm God now, so It's Barb damn it, Barb."

As it turns out, it's really a "100% Accurate Creeper Suit", which is a reference to "Creepers" from the Minecraft franchise. For those of you unfamiliar with Minecraft, Creepers are green monsters that sneak up on you and explode. The survivor activates the suit - and its explosives!

Barbara is terrified. A hissing sound can be heard as she begs to "make it stop." Her would-be victim ignores her plea, placing a Creeper mask box over her cringing face, telling her "Barb damn you, Barb." The vanquished murderess starts to panic, backing up against the wall, writhing in the tight green suit.

With a final despairing "NOOOOOOOOO-" the suit explodes with her in it, completely obliterating the upper half of her body, blowing Barb to Hell, and bringing an end to her and her evil deeds, forever. 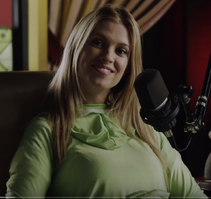 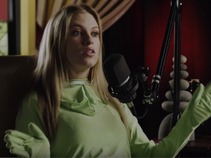 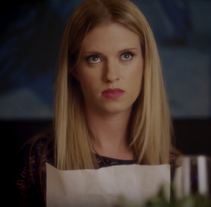 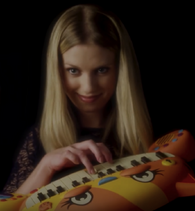 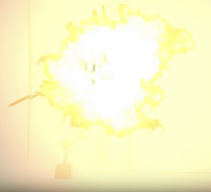 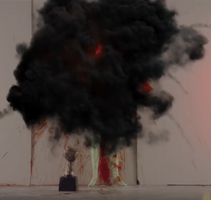 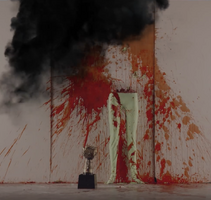 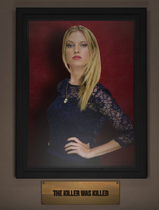 Add a photo to this gallery
Retrieved from "https://femalevillains.fandom.com/wiki/Barbara_Dunkelman_(Ten_Little_Roosters)?oldid=113642"
Community content is available under CC-BY-SA unless otherwise noted.