Barbara is a villainess who was featured in the first Matt Helm spy spoof movie The Silencers (USA 1966). She was played by actress Nancy Kovack (b 1935).

The only background information we have on Barbara (no last name is used or credited) is she works for the criminal syndicate BIG O and she has killed Tina's partner in a similar fashion prior to to her attempt on Helm's life.

She is obviously a cold blooded killer, a vamp, able to act a part plausibly well, using her seductive charms to put even very experienced agents such as Helm off their guard in order to kill them.

A slim, stiletto style knife. After Barbara's death, Tina takes a gun out of the female assassin's handbag.

Barbara's role in the plot -

Barbara seduces and then kills ICE operatives who are interfering with BIG O's nefarious schemes. Helm is her latest target.

Barbara pretends to be an ICE operative who has been sent to persuade Helm to undertake a new mission he wants to avoid.

When she first tries to pull her knife on Helm  she's behind him. But the ICE agent turns around to face her at that moment, so Barbara is forced to abandon her initial attempt. As she has Helm in her clinches and they kiss, she makes her second try, retrieving the deadly knife hidden in her hair; she is about to plunge it into Helm's back, but Tina (Daliah Lavi), an ICE agent who later turns out to be a traitor, who arrives just in time. Tina fires 2 bullets into the female assassin's own back, killing her.

Viewpoint - Barbara only appears in one sequence of the movie, near the beginning. Her early disappearance deprives the rest of the film of a notable villainess. However, the single scene featuring Kovack's seductively evil Barbara, with her classic, fitting (and fairly graphic) demise, is a favorite among many villainess fans.

Barbara poses on Matt's fireplace mantle while she waits for her victum to arrive home. 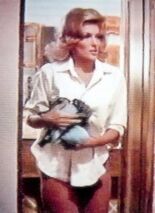 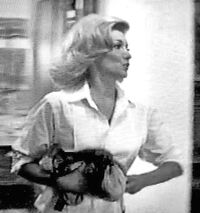 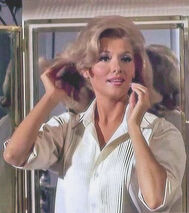 Barbara pivots away from the mirror to face Matt as he enters his bathroom. 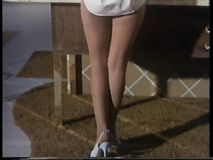 Nice surprise for Matt behind the bathroom door. 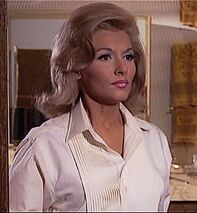 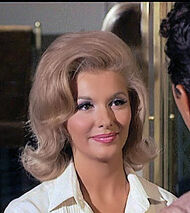 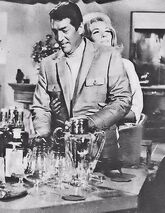 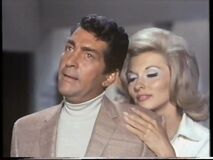 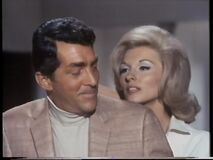 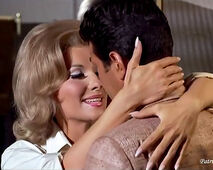 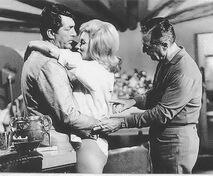 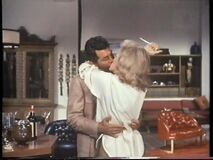 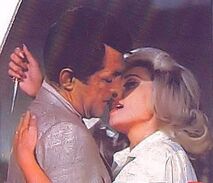 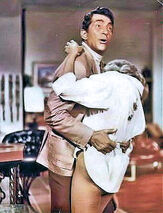 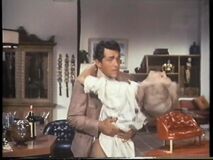 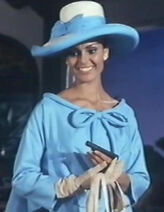 But she likes to scratch - Tina, Barbara's nemesis (Daliah Lavi) 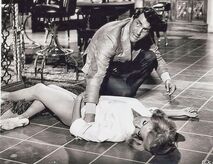 Matt examines Barbara's body laying beside his bar while holding the dagger he removed from her right hand. 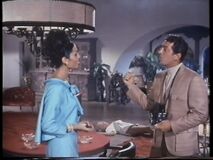 Barbara lies dead as Helm and Tina chat (Nancy Kovack with Daliah Lavi and Dean Martin)
Add a photo to this gallery
Retrieved from "https://femalevillains.fandom.com/wiki/Barbara_(The_Silencers)?oldid=172593"
Community content is available under CC-BY-SA unless otherwise noted.