Start a Wiki
watch 01:50
The Loop (TV)
Do you like this video?
Barb Payne (Kathleen Barr) is the main villain of The Con Job, an episode of the 2018 Irish-Canadian series Polly Pocket, which is the most recent reboot in the Polly Pocket franchise. She is a former actress who was angry after getting removed from a movie she wanted to be in. As revenge, she kidnapped one her co-stars, Rocco Sage (also Barr) and tried to murder her by sending her off into the sky tied to a missile, in hopes it would fail and she would die. Barb is extremely rude, narcissistic and crazy, and she has a very low voice. She is later arrested. 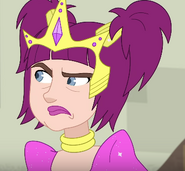 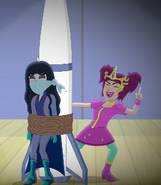 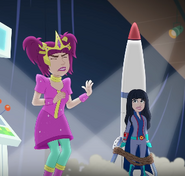 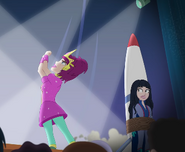 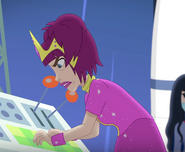 Add a photo to this gallery
Retrieved from "https://femalevillains.fandom.com/wiki/Barb_Payne_(Polly_Pocket)?oldid=204935"
Community content is available under CC-BY-SA unless otherwise noted.