Start a Wiki
watch 01:39
The Loop (TV)
Do you like this video?
Babette is a character from the 1997 movie Black Scorpion II: Aftershock. She is played by

Babette is the personal assistant to the city’s mayor, Artie Worth (Matt Roe). In addition, the two share an extramarital love affair and are partners in corruption. The mayor, who owes his election to extravagant promises, systematically embezzles the city’s funds.

Despite her obvious lack of intelligence, Babette is well aware of these activities and, more importantly, directly benefits from them. For instance, she mentions the couple’s trips to the Caribbean on the taxpayer’s nickel. Despite being hired as a secretary, Babette is never seen doing any actual work like typing or making coffee. In fact, she seems totally unqualified for the job (on one occasion, she asks how to spell “job”) and spends her office hours seducing the mayor or, for that matter, anyone else who steps into his office.

Towards the end of the movie, the pair’s corrupt practices are exposed and they are about to be arrested by the police. In a desperate move, the mayor takes one officer, Michael Russo (Whip Hubley)  hostage and Babette lines up behind him, encouraging him to stand his ground so that they can flee to the Caribbean. After the heroine Black Scorpion in her civilian guise, Darcey Walker (Joan Severance) had disarmed the mayor, Babette turns on her lover and complains about not getting that holiday on some tropical island after all. As they are arrested and escorted out by the police. Babette seems not entirely displeased at being handled in this way and begins flirting with the uniformed officer. However, her advances go un-reciprocated, and Babette is led away. 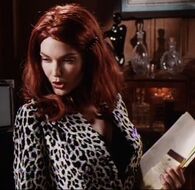 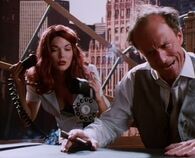 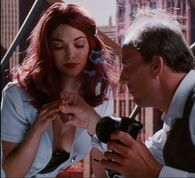 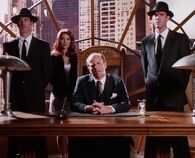 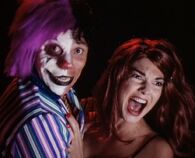 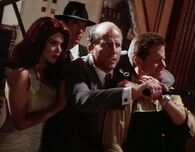 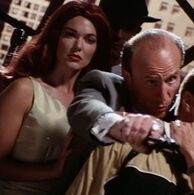 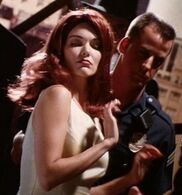 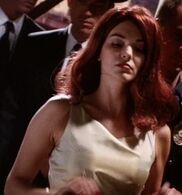 Add a photo to this gallery
Retrieved from "https://femalevillains.fandom.com/wiki/Babette_(Black_Scorpion_II:_Aftershock)?oldid=145334"
Community content is available under CC-BY-SA unless otherwise noted.