Start a Wiki
watch 01:51
The Loop (TV)
Do you like this video?
Aubrey Scott (Debbe Dunning) is one of the main villainesses from "The Pit," episode 6.07 of Tales From the Crypt (airdate November 30, 1994). She is a martial arts fighter and the wife/manager of fellow fighter Aaron Scott.

Aubrey's most heated rival is Andrea Johnson, the wife/manager of fighter Felix Johnson, and their mutual hatred was shown when they traded verbal barbs at each other during their husbands' interview. The subject was Felix and Aaron's last fight against each other, which ended in a draw, and the one thing that Aubrey and Andrea did agree with was their husbands continuing to fight and them living off their earnings, as the men made three times more than the women.

Aubrey also coerced Aaron to vie for the lead in an upcoming film, The Pulverizer, mainly doing so to further her lavish lifestyle--which included an affair with her trainer. After seeing footage of the fight, promoter Wink Barnum cooked up an idea that in which Felix and Aaron would face each other in a Malaysian Rules Deathmatch, and he later called both Aubrey and Andrea regarding the concept. The winner wouldn't only get the movie role, but also an additional $100 million, while the loser and his wife gets $10 million. The wicked and greedy wives reluctantly agreed to the fight without the consent of the husbands, who each expressed horror over what they had done. Felix and Aaron actually liked each other, with Aaron expressing hesitance over the fight because he didn't want to hurt Felix and said that win or lose he and Aubrey will still be wealthy. Despite this, the evil Aubrey ordered him to go through with the fight, blatantly saying in her own words that she didn't want Andrea upstaging her.

In the episode's climax, after the wives do their part to promote the fight, Aubrey (who was with her trainer/lover) received a phone call about Andrea, leading to the women meeting at the pit. This led to yet another verbal confrontation, which included Aubrey revealing that she sabotaged Felix's weapons in the last fight and the current one. The villainesses began physically fighting each other until they see a cameraman filming them, and it was there that they realized that they were set up into fighting each other. Despite this, Aubrey and Andrea continued to fight in the match that they set up for their husbands; all the while, Felix and Aaron were shown watching on TV with Barnum, not only revealing that they set up their wives, but that the movie was changed to a buddy comedy starring the both of them. The episode ended with Aubrey and Andrea's fight continuing, with their fates unknown but probably dead. 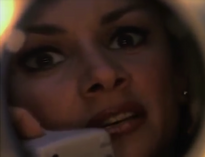 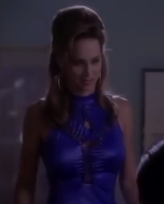 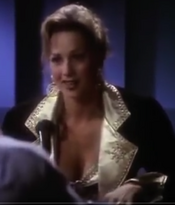 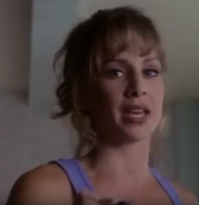 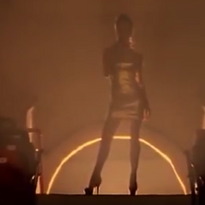 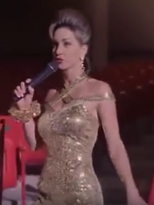 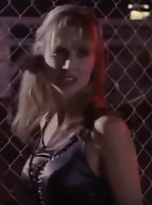 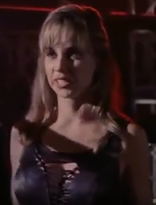 Add a photo to this gallery
Retrieved from "https://femalevillains.fandom.com/wiki/Aubrey_Scott_(Tales_From_the_Crypt)?oldid=101725"
Community content is available under CC-BY-SA unless otherwise noted.