Start a Wiki
watch 01:51
The Loop (TV)
Do you like this video?
Ashley Fallon (Jocelyn Seagrave) was the main villainess from "The Wendigo," episode 1.12 of Charmed (airdate February 3, 1999).

After Piper is attacked by a wendigo and is cursed to become one, FBI Agent Ashley Fallon was on the case, as well as a hunter named Billy Waters, who had encountered the wendigo before when the creature killed his fiancé, Laura. Billy stated to Piper that wendigos fear fire and they consume human hearts, and he had gone to Fallon to explain the same to her, with the meeting taking place at a parking garage.

However, while doing so, Fallon began turning heel when she flinched at the sight of the flame from Billy's lighter, revealing herself as the wendigo behind the attacks, much to Billy's surprise. After the revelation, Fallon killed Billy by snapping his neck, cementing her heel turn. On the final night of the full moon, the evil Fallon went on a stakeout with Andy Trudeau, while attempting to seduce him. Behind Andy's back, Fallon transformed into a wendigo and later nearly killed Andy, but she was stopped by the Prue and Phoebe.

The sisters faced two wendigos, as one of them was their sister Piper, and Phoebe fired her last remaining flare from her flare gun. When it froze, they learned that it was Piper that the flare was aimed at, and Phoebe diverted it to Fallon's direction, killing the villainous FBI Agent. 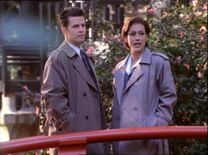 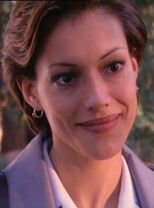 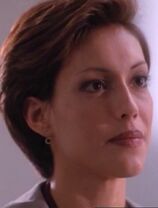 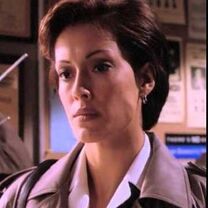 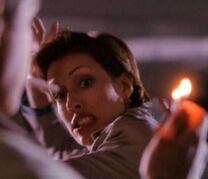 The evil Ashley Fallon transforming into a wendigo 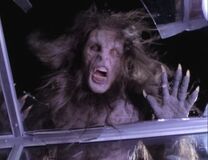 Add a photo to this gallery
Retrieved from "https://femalevillains.fandom.com/wiki/Ashley_Fallon_(Charmed)?oldid=166019"
Community content is available under CC-BY-SA unless otherwise noted.