The goddess Artemis, was played by the actress Josephine Davison in the 2000 episode "Motherhood" of the TV series "Xena: Warrior Princess".

As an Olympian deity, Artemis possesses immortality and some magical ability. As the Goddess of the hunt, Artemis has special arrows that can turn any mortal or deity into an animal. She is an expert archer, and never misses a shot. She was the daughter of Zeus and Hera. She was the older twin sister of Apollo, and the younger half sister of Athena (Paris Jefferson) and the Fates and older sister to Aphrodite, Ares, Discord and Hephaestus.

Artemis' outfit included a low cut shiny gold dress which included a matching pleated skirt. She had gold colored opera gloves, gold boots that came up to her knee, and a metal armor plate that hung down the front of her forehead. Artemis had a decorative bow, and strapped over her shoulder was a quiver to hold unlimited arrows.

Artemis hid behind one of the greek columns and attempted to kill Xena by shooting arrows at her. Xena caught them and threw them back at Artemis. The two arrows plunged into Artemis' abdomen killing her instantly. 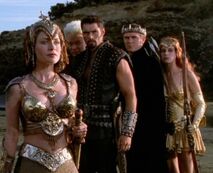 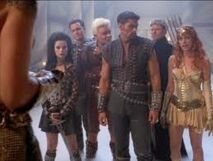 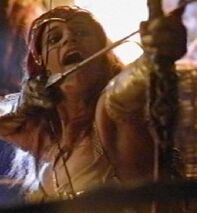 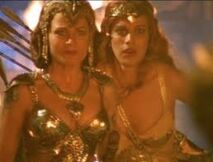 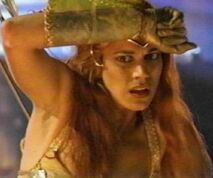 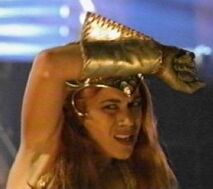 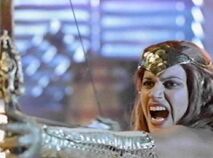 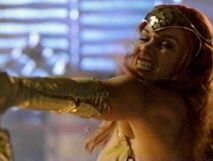 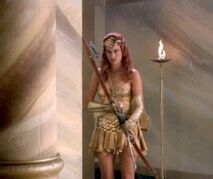 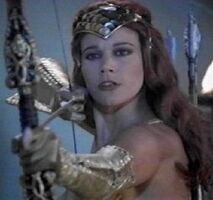 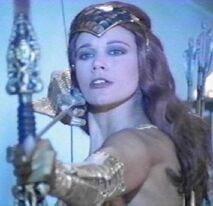 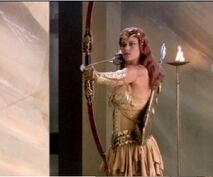 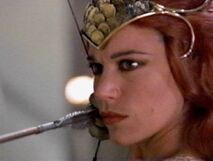 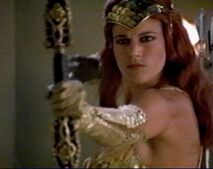 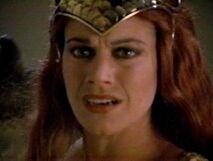 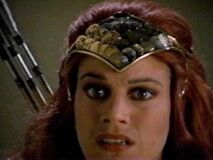 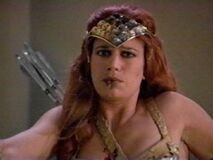 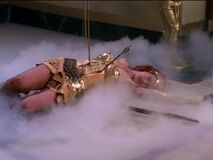 Death of Artemis
Add a photo to this gallery
Retrieved from "https://femalevillains.fandom.com/wiki/Artemis_(Xena:_Warrior_Princess)?oldid=161547"
Community content is available under CC-BY-SA unless otherwise noted.