Ariana (Laura Elena Harring) is the evil lab assistant in the 2001 episode, "Out of Thin Air" for the TV series "Black Scorpion".

We first see Ariana in the lab of Dr. Phineas Phoenix (Raye Birk). Phoenix believes he can bring back to life and rehabilitate the villain Breathtaker (Adam West). With the help of Ariana's assistance, he is able to revive Breathtaker.

At first, Breathtaker is unable to talk. Phoenix tells his lovely lab assistant that he may need an external stimulus to wake him up. Ariana believes she can remedy the situation, and proceeds to unzip her orange latex nurses outfit, revealing her cleavage formed by her black pushup bra. This certainly does the trick, as Breathtaker responds by saying, "Nice set of lungs". Ariana is also smitten with Breathtaker, and tells him, "Thank you, I like yours too". Later while still staring at her enormous breasts, Breathtaker comments, "All I can say, is thank god for modern science". From then on, you can see that Ariana is attracted to the evil Breathtaker.

Throughout the next scenes, she is constantly giving information and secrets to Breathtaker that Dr. Phoenix is not willing to trade. She tells him of the rejuvenation juice that was used to revive him, and how it has hallucination powers. She then tells him about the "smokeless gasoline" that the doctor has invented. When Phoenix tries to tell her to be quiet, she shrugs and says that the villain "takes my breath away".

Unfortunately, for Dr. Phoenix, Breathtaker decides to pick up where he left off in the 1995 TV movie. He traps Phoenix in a air tight trap. All Ariana can say to him is "Sorry doctor". With the help of Ariana, Breathtaker finds a new drug on a special kind of gas that causes people to hallucinate there worst fears.

Toward the end of the show, Black Scorpion arrives at the warehouse and begins taking out Breathtaker's goons. Ariana initially hides, and then attempts to sneak out of the warehouse. Breathtaker asks her, "Where do you think your going?", to which Ariana responds, "To get some fresh air". Breathtaker is not happy with her for not staying with him, and sprays a gas over her face, and she is knocked out. Then Black Scorpion defeats Breathtaker and turns him over to the police. It is unsure to the fate of Ariana. Was she put into a deep sleep by the gas, was she terminated, or did she awake later to be turned over to the police? 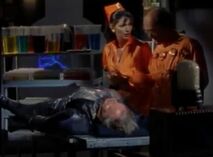 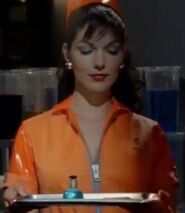 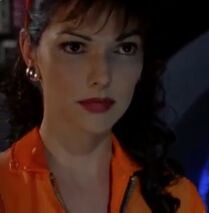 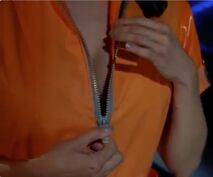 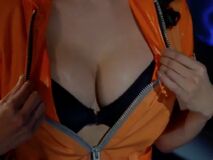 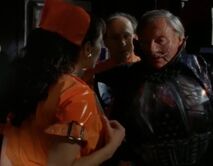 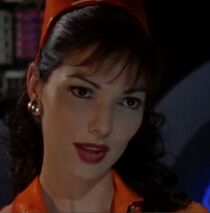 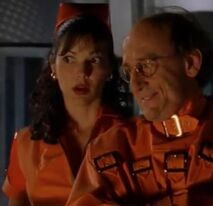 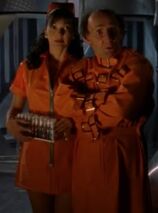 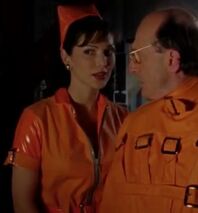 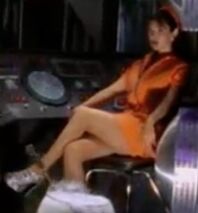 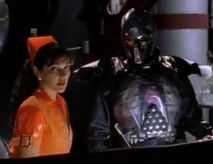 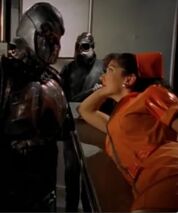 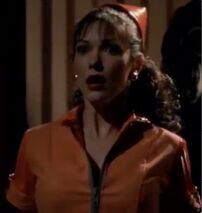 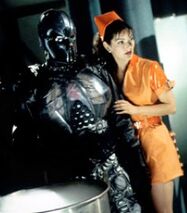 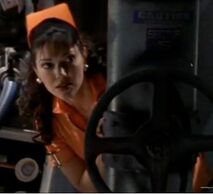 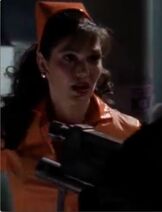 Add a photo to this gallery
Retrieved from "https://femalevillains.fandom.com/wiki/Ariana_(Black_Scorpion)?oldid=191387"
Community content is available under CC-BY-SA unless otherwise noted.