Archer 2 (Katrina Misa) was a secondary antagonist in the 1995 episode (S2 E7) "The Mother of All Monsters", for the TV series "Hercules: The Legendary Journeys".

This Archer was one of Hera's Archers who was summoned by Echidna to assist in a revenge plot to kill Hercules (Kevin Sorbo) and Alcmene. Along with her sister archers, which was led by Hera's Head Archer (Rebecca Clark, later known as Tyler Jane Mitchell), they worked with Demetrius to lure Hercules into Echidna's trap.

Demetrius asked Archer 2 to race ahead and tell Echidna that they were en route with Alcmene. While Hercules is fighting with swords against the archers, Iolaus discovers the archers bows which they had laid down against some boulders while they are resting and cleaning their weapons. Iolaus plucks them one at a time, and each of them disappear while trying to reach Iolaus. The Head Archer is the last to receive this fate, who disappears into oblivion as she is fighting with Hercules.

As Hercules and Iolaus attempt to go inside the cave to rescue his mother, Archer 2 appears and fires an arrow that narrowly misses them. She pulls out a second air and fires it at them, but Hercules reaches out and grabs the arrow in flight. He then throws it back at her, and the arrow pins her her arm to a tree. Hercules tells him to take care of her and bring the rest of the arrows into the cave when he is done. It sounds as though this means that Archer 2 meets the same fate as her sister. The fact that Iolaus later brought the arrows to Hercules suggest she accomplished this task. 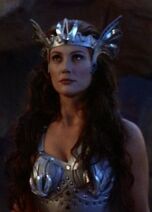 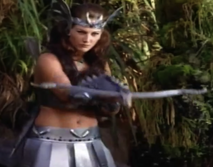 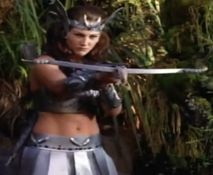 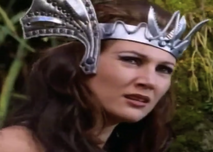 Add a photo to this gallery
Retrieved from "https://femalevillains.fandom.com/wiki/Archer_2_(Hercules:_The_Legendary_Journeys)?oldid=196313"
Community content is available under CC-BY-SA unless otherwise noted.