Start a Wiki
watch 01:39
The Loop (TV)
Do you like this video?
April Dobbs Blair (Jacqueline Alexandra Citron) and June Echeson Blair (Kristen Amber Citron) are twin villainesses in the 1992 episode "Split Personality" for the TV series "Tales From the Crypt".

April and June are wealthy identical twins of a famous architect, who have inherited their father's $2 billion fortune.

One day a swindling gamber named Vic Stetson blows a tire and swerves off the road near their secluded mansion.  Vic lets himself in through an open door and discovers the twins.

At first they are suspicious of Vic, but he soon wins them over by pretending to know about architecture.  Vic starts spending time with the twins and romancing them separately.  He realizes that he could ask either one to marry him and thus get control of half the fortune, but he is greedy and wants it all.  As a result, Vic invents Jack, a twin brother for himself.  He tells the twins that his brother has been out of the country dealing with foreign investments.  Vic marries them in separate ceremonies, to April as himself, and to June as Jack.

While Vic sunbathes by the pool, April and June talk about putting their past behind them and ponder the idea of sharing whichever brother is home at any given time.

Later, the twins tell each other about their husbands' (identical) sexual fetishes and a pale patch in the same location on the brothers' backs, caused by the sash of Vic's robe falling across his back while he was sunbathing.  They soon find part of the disguise he is using to turn himself into Jack and realize that they have married the same man.

Vic happens across a drawer full of newspaper clippings about their father's death.  April and June were teenagers at the time, and they were questioned, tried, and ultimately acquitted of his murder.

April and June sneek up on Vic, knock him unconscious, and tie him to the bed in one of their rooms.  They admit to Vic that they killed their father because they could not share him equally.  They then slice Vic in half from head to crotch with a chainsaw.  Afterward, each sister lays half the body neatly in her bed and caresses it lovingly as bloodstains spread on the sheets. 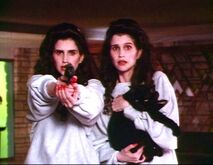 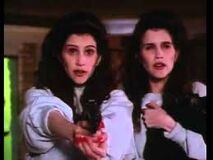 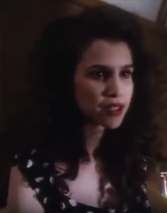 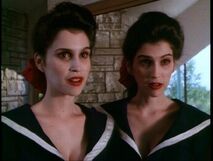 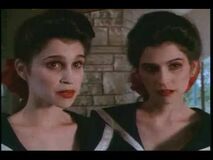 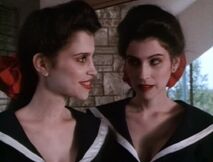 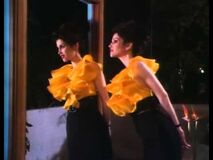 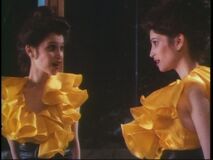 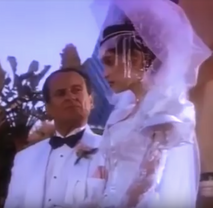 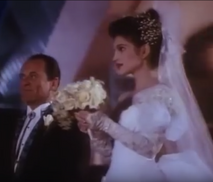 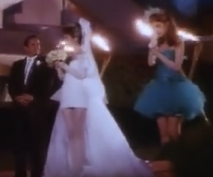 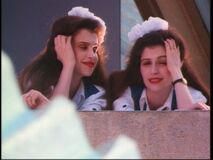 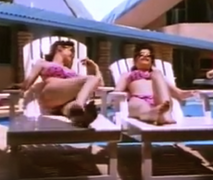 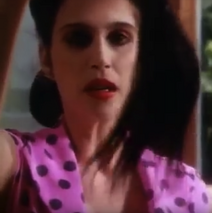 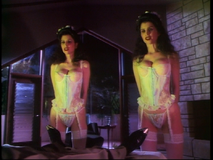 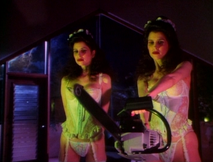 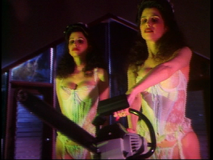 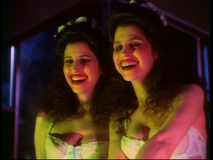 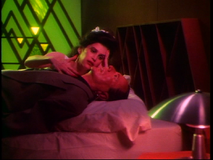 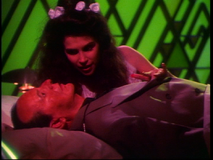 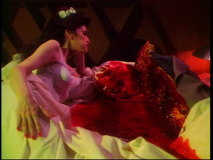 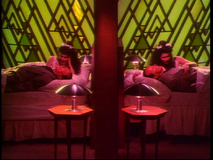 Add a photo to this gallery
Retrieved from "https://femalevillains.fandom.com/wiki/April_Dobbs_Blair_and_June_Echeson_Blair_(Tales_From_the_Crypt)?oldid=133838"
Community content is available under CC-BY-SA unless otherwise noted.