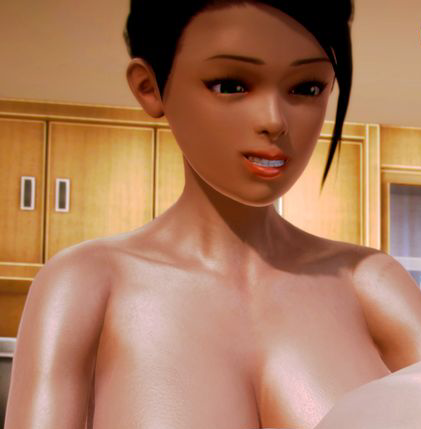 The story begins with April receiving a visit from a woman claiming to be from the water company; a story which she refuses to buy. The female stranger confesses that she is actually April from the distant future, providing personal details about herself to backup her claim. Future April goes on to warn her younger self that the libido and perversion she currently holds will eventually fade away, and that she'll soon find herself in a "happier" life as a homeowner with a car, an amazing job, expensive clothes and a fiancée. Hearing this information makes Present April sick to her stomach, as she loves her sexually deviant self and does not want to change.

It is here that Future April offers to show off her beautiful amethyst ring. Present April decides to humor her and takes a look at the ring, only to be gassed by it seconds later. Present April remains paralyzed for the rest of the story as she is raped and verbally degraded by her future self. After having her fill, Future April departs with the statement that she is off to rape an even younger incarnation of herself.

Add a photo to this gallery
Retrieved from "https://femalevillains.fandom.com/wiki/April_(April%27s_Look_into_the_Future)?oldid=139413"
Community content is available under CC-BY-SA unless otherwise noted.