Anne Marie Ostenbach (Christina Cox) is the main villainess from "Death in the Saddle," episode 3.03 of Bones (airdate October 9, 2007).

Anne Marie is a regular participant at the Ambassadora Lodge, a place where wealthy people engage in a sexual role-playing fantasy that involves "horses" and "riders." In the case of Anne Marie, she was a rider going by the name, Annie Oakley, with a man named Ed Milner, who was later murdered, as her "horse." She is encountered by Dr. Temperance "Bones" Brennan (Emily Deschanal) and Special Agent Seeley Booth (David Boreanaz) at the Lodge regarding the death of Milner, who was referred to as "Mr. Ed," and she stated that Milner's wife, Alice (Bess Meyer), caught them in their role play.

Anne Marie was later revealed as Milner's killer while Bones and Booth interrogated her at the lodge once again. She had developed a romantic affinity for Milner, and stated that she had left her husband and Thor (Rik Young), a lover at the lodge, to be with him. However, Milner refused to leave his wife, and with that, Anne Marie talked Milner into having one last role-playing session, only this time, she went into a rage and killed him. She used a hoof knife to cut off Milner's feet, and after tying his wrists together, the enraged villainess gouged his eyes out. Anne Marie was later arrested for murdering Milner. 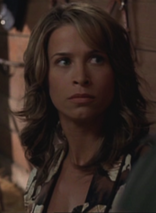 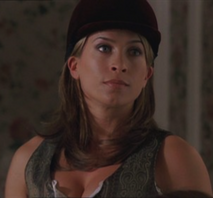 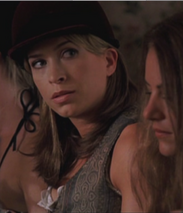 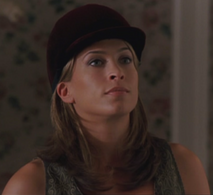 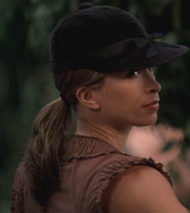 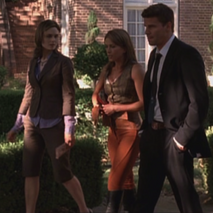 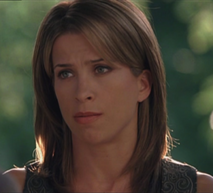 Add a photo to this gallery
Retrieved from "https://femalevillains.fandom.com/wiki/Anne_Marie_Ostenbach_(Bones)?oldid=169626"
Community content is available under CC-BY-SA unless otherwise noted.