Start a Wiki
watch 01:51
The Loop (TV)
Do you like this video?
Anna Gebhart, nicknamed Axis Annie (Louise Troy; 1933-1994), is the titular villainess from "Axis Annie," episode 3.23 of Hogan's Heroes (airdate February 19, 1968). She is a radio broadcaster for the Nazi Propaganda Ministry, with her routine involving telling the Allies to surrender.

Annie visited Stalag 13 looking for Allied prisoners to broadcast that Germany obeys the Geneva Convention, and though Col. Robert Hogan (Bob Crane) was disgusted with the concept, he decided to use Annie to further his plan to send information to an Underground contact. Annie later appeared in Klink's office as Hogan volunteered himself, Louis LeBeau (Robert Clary), and Peter Newkirk (Richard Dawson) to do the broadcasts--in exchange for a stop at a local restaurant. Col. Wilhelm Klink (Werner Klemperer) originally refuses, as does Annie, who stated that Hogan's deal was steep. However, the villainess used her connection to Goebbels to threaten Klink into accepting the deal.

Later in the episode, the evil Annie delivered her broadcast, with Hogan, LeBeau, and Newkirk going along with Annie's propaganda. She later went along with the trio, Klink, and Major Wolfgang Hochstetter (Howard Caine) to the restaurant, where the trio provided a distraction that allowed Hogan to pass the information along. Annie's broadcasts featuring the prisoners were later destroyed by Carter and Kinch, and Annie's fate following the events was not revealed. 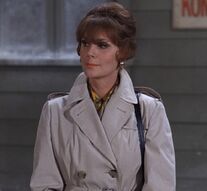 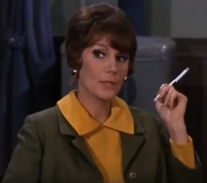 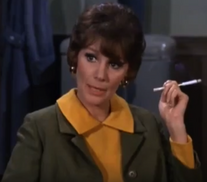 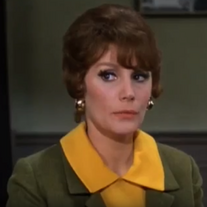 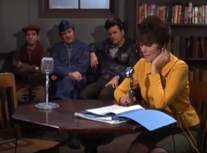 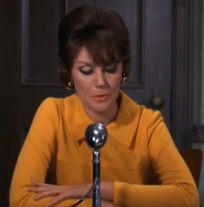 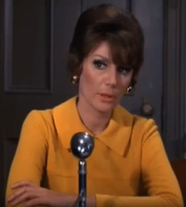 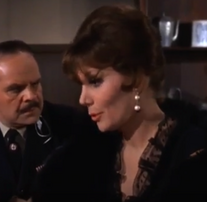 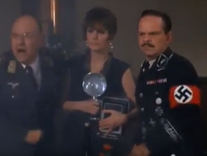 Add a photo to this gallery
Retrieved from "https://femalevillains.fandom.com/wiki/Anna_Gebhart_(Hogan%27s_Heroes)?oldid=123073"
Community content is available under CC-BY-SA unless otherwise noted.