Start a Wiki
watch 01:50
The Loop (TV)
Do you like this video?
Anka (Lara Daans) is the evil crimelord, Ivan's head escort in the 2009 movie Death Warrior.

The main character Reinero (Hector Echaverria) arrives at Ivan's headquarters to be greeted by Anka and her fellow escorts where she shows him through and attempts to seduce him. Reinero shows no interest and gets sleep sprayed by one of the other escorts after aggressively grabbing Anka's arm. Ivan then makes an appearance after watching from another room. He toys with Anka before snapping her neck to demonstrate to the others that there is no room for failure. 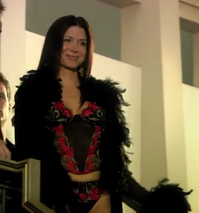 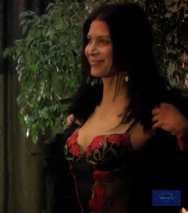 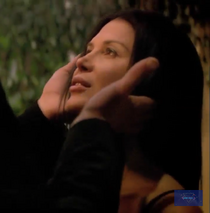 Add a photo to this gallery
Retrieved from "https://femalevillains.fandom.com/wiki/Anka_(Death_Warrior)?oldid=176151"
Community content is available under CC-BY-SA unless otherwise noted.