Angelique (Rachelle Pettinato) AKA Contemptra is the main  antagonist in the 2001 episode "Lovestruck Rangers" for the TV series "Power Rangers Time Force". Contempra is a mutant who has the ability to make men fall in love and make them obey her. She disgusies herself a woman nameed Angelique. She uses tentacles in the fighting, and can use engergy blasts to shoot powerful energy beams.  She can hyptnotize men with her bracelet and can enlarge herself using her Seal Patch. Her first victim is Lucas. She poses as a race car driver and uses her charm braclet to him under her love spell. Her second victim is Trip. She poses as a brainy girl and uses her charm bracelet on him. Her third victim is Wes. She poses as a tennis player and uses her charm bracelet on him too. The spell causes the boys to become jealous and ignore their duties as Rangers.  With the three Rangers distracted, Ransik attacks the city.  The girls drive off Ransik and while the guys fight each other, face Contemptra herself.  Katie and Jen are able to break Contemptra's hold over the guys and she grows to giant size.  However, they are able to defeat the mutant with the Shadow Force Megazord and bring her in. 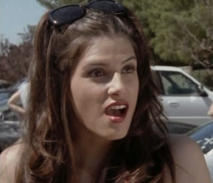 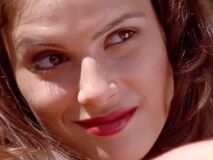 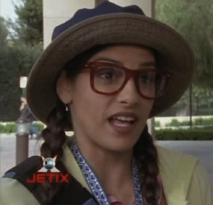 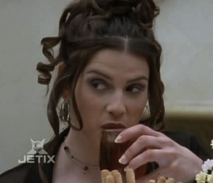 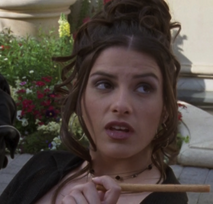 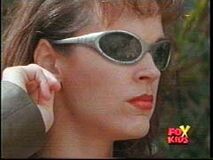 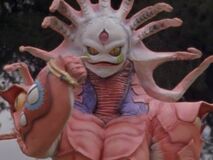 Add a photo to this gallery
Retrieved from "https://femalevillains.fandom.com/wiki/Angelique_(Power_Rangers_Time_Force)?oldid=101894"
Community content is available under CC-BY-SA unless otherwise noted.