Start a Wiki
watch 01:50
The Loop (TV)
Do you like this video?
Angelina (Inga Neilsen) is a moll in the 1968 episode "Nora Clavicle and the Ladies' Crime Club".  She first appeared in the previous 1968 episode "Louie's Lethal Lilac Time".  These two episodes appear on the TV series "Batman".

Evelina is one of two molls under the leadership of Nora Clavicle (Barbara Rush), who is the main villainess.  The other moll is Evelina (June Wilkinson).  Both Evelina and Angelina are statuesque blonde beauties dressed in shimmering gold outfits like Greek goddesses.

In the episode, the two molls along with Nora, appear as women's rights activists, who use their influence to take over Gotham City's city government and police positions with women.    Her plan is to destroy Gotham City so she can collect an insurance claim of $10,000,000.

Nora sends her molls to rob a bank to lure Batman (Adam West) and Robin (Richard Grayson), as well as Batgirl (Yvonne Craig) into a trap so they won't interfere with her scheme.  At the Gotham City National Bank, Evelina and Angelina hold up the bank wearing gold masks to hide their eyes and identity.  While the robbery is going on, the bank manager goes over to a police officer who is too busy applying lipstick to notice anything around her including the robbery.

Later at their hideout, a knitting company's warehouse, the heroes are captured by Nora and her molls, who tie them up and intertwine them in what is known as the "Siamese Human Knot".  As the three crimefighters struggle to avoid strangulation, Nora sent an army of mechanical mice with bombs in them to blow up Gotham City at sunset.  As a result, the new police force was helpless as they were all afraid of mice, even mechanical ones.

The Teriffic Trio used special whistles like the Pied Piper, to lure the mice into the docks at Gotham Harbor, and foil her plans.  She and her molls Evelina and Angelina were held up by the former Commissioner James Gordon (Neil Hamilton), Chief Clancy O'Hara (Stafford Repp), and Alfred who made a citizen's arrest, by using an umbrella.  They are taken into custody, which showed them having their hands tied behind their back and ankles tied.  They were then loaded onto the back of a truck and led to prison. 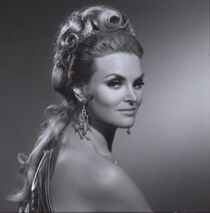 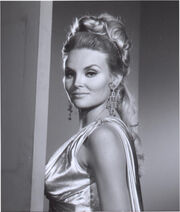 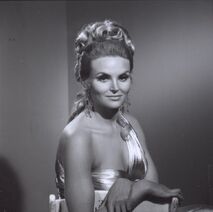 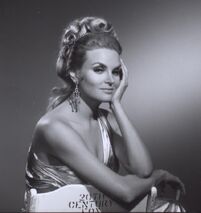 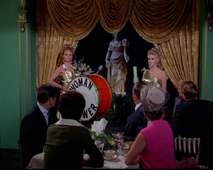 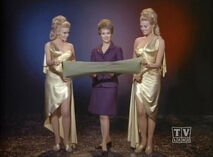 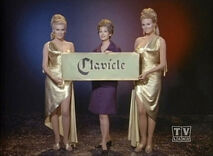 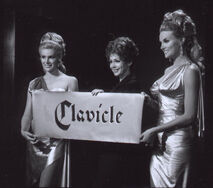 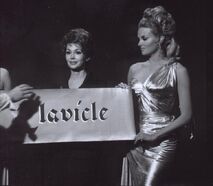 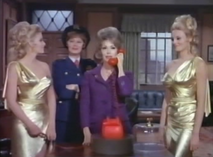 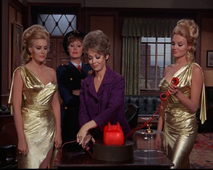 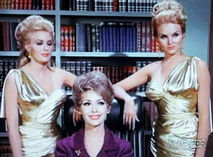 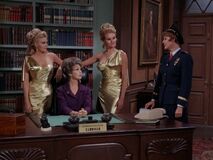 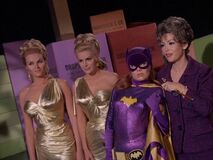 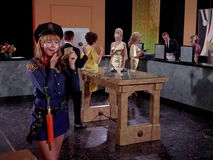 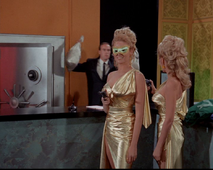 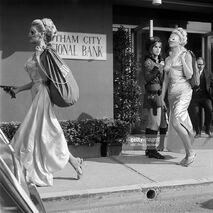 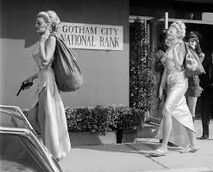 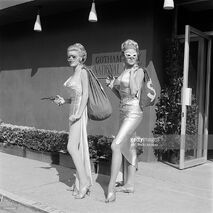 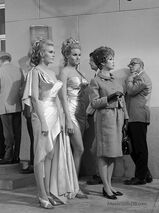 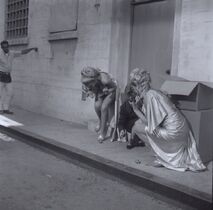 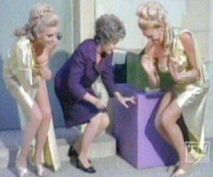 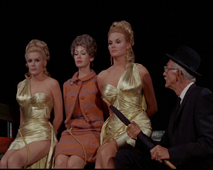 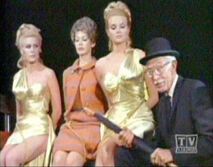 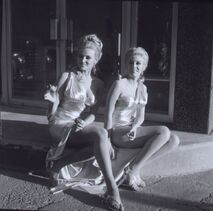 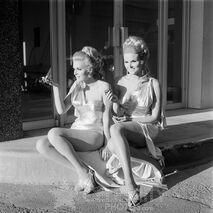 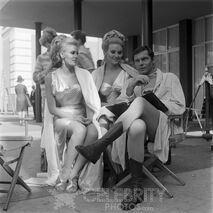 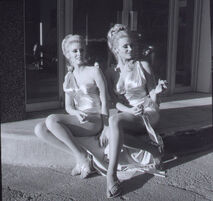 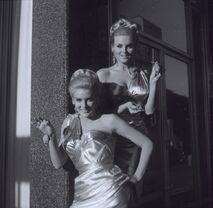 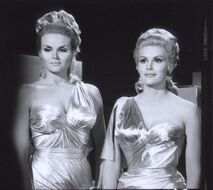 Add a photo to this gallery
Retrieved from "https://femalevillains.fandom.com/wiki/Angelina_(Batman)?oldid=193890"
Community content is available under CC-BY-SA unless otherwise noted.