Start a Wiki
watch 01:51
The Loop (TV)
Do you like this video?
Angelica Wingate (Kate Alexander) is a minor antagonist in the 1990 film, "Kamillions" from the Netherlands.

Scientist Nathaniel Pickman Wingate has established a contact point with a parallel universe occupying the same subatomic space in the universe.  However, before he can try it out, he has to prepare for his own birthday party.  He decides to peak in, and is discovered in the process.  He is sucked into the portal and two little insect-like monsters are spit out into our world.

Nathan's wife Nancy, greets a succession of party guests starting with her snobby, bitchy sister-in-law Angelica.  Within five minutes of being in the house, she is criticizing nearly every member of the family.  Angelica technically owns half of the huge mansion, but she's been unable to get her money out of it due to her brother and his family still living there.

Another cousin, Desmon, who is extremely wealthy and a count in Liechtenstein arrives next.  He is followed by a family friend, Lawrence Newman, who despite a previously bad lifestyle, is now a southern preacher.

The two creatures, one good, and one evil, have amazing power of mimicry and can rearrange their physical structure to become an exact duplicate of any organism or physical object.  They also have telekinetic abilities, can animate inanimate objects, read minds and possess many other abilities.  The bad creature ends up attacking Desmon, while the good creature sneaks into the closet of Sam, the Wingate's son.  There the creature glances up at the pin-up poster on the wall, and transforms into the image of Sam's dream girl, a model named Jasmine (Dru-Anne Cakmis).  Sam falls hard for Jasmine eventhough he can't explain why she's suddenly materialized in his closet.  Now that Desmon is posessed, he goes on a killing spree, gleefully offing various guests and family members in bizarre ways.  All the while, Jasmine is trying to locate Desmon and get the two of them back to their own dimension, and keep Desmon from causing so much havoc.

Angelica is surprised to see Lawrence, who she remembers as "Escort Service Larry", since he was so into prostitutes.  While visiting with the now possessed Desmon, she mentions that she hates cockroaches more than anything in the entire world.  Desmon later uses that against her when he uses telekenesis to place four roaches inside the tea cup she is drinking from.

Angelica complains of a headache, and Larry tells her he has some asprin up in his room, and he will minister to her in her time of need.  The two of them go on a sexual romp.  Angelica's whole intention is to seduce Lawrence and finalize a deal where she takes the house from her brother Nathan.  Lawrence tells her that he will help her get the house to be foreclosed.  Unbeknownst to them, Desmon is watching them while crouching above them on the ceiling.  As she climbs on top of him, his groin begins to grow.  This is caused by a spell from Desmon.  A giant dragon like monster has replaced his penis, and Angelica is tossed off the bed as she tries to unzip his pants.  She is left ass over tea kettle, with her black stocking legs and high heels up in the air.  As she runs out of the room, Lawrence is attacked by the dragon, which kills him.

Angelica runs into her bedroom and franticly tries to pack her suitcase so she can leave.  She calls a cab to come pick her up, but Desmon was behind the curtains listening in.  While reaching down by the base of the bed to pick up her high heel, Desmon caused her fox shoulder fur to come alive and begin attacking her. She was able to kick it under her bed and get away.

Back down the stairs, she was confronted by Desmon who opened his mouth to reveal a cockroach.  Angelica slapped his face, to which Desmon was a little shocked.  Desmon's face began to glow blue, and he used his powers to make Angelica's face go into contortions.  A flash of light appeared, and Angelica's body disappeared.  Her clothes collapsed to the ground, and out of the pile appeared a cockroach with the face of Angelica.  She tried to escape Desmon, and she fleed for her life into the kitchen.  He ran around the room trying to stomp her to the ground, but she managed to hide under the dishwasher.  He was about to spray her with bug spray, when Nancy came into the kitchen.  Nancy told him that since he was a guest, he shouldn't have to deal with pests, so she grabbed the bottle and sprayed Angelica herself.  The poison eventually took effect, and Angelica died. 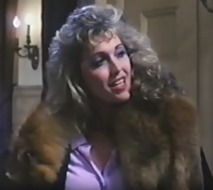 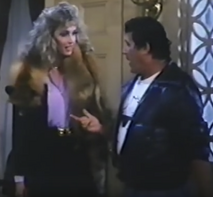 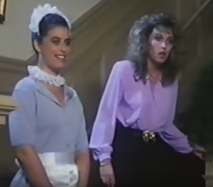 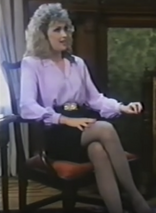 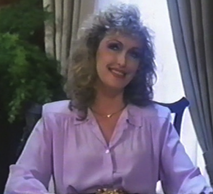 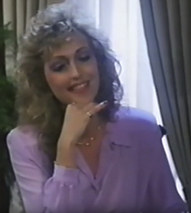 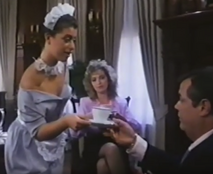 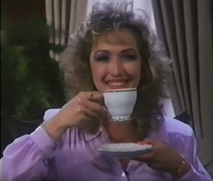 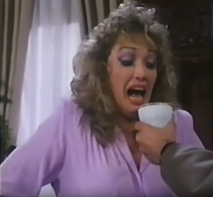 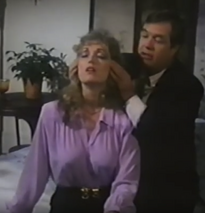 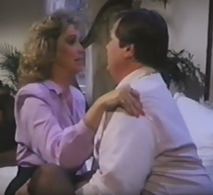 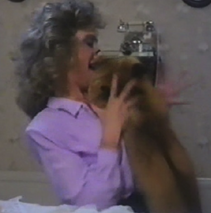 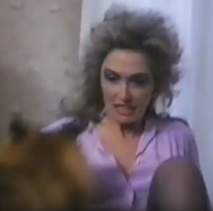 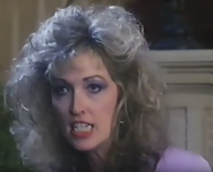 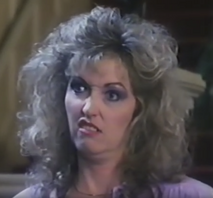 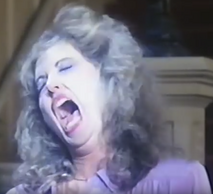 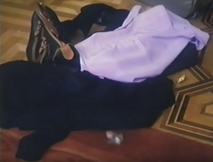 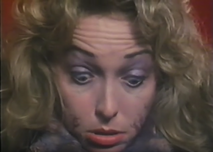 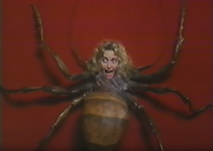 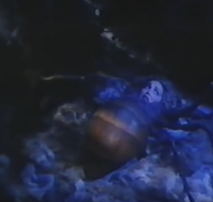 Add a photo to this gallery
Retrieved from "https://femalevillains.fandom.com/wiki/Angelica_Wingate_(Kamillions)?oldid=138800"
Community content is available under CC-BY-SA unless otherwise noted.