The Female Villains Wiki
Register
Don't have an account?
Sign In
Advertisement
in: 1960s, Barefoot, Catfight,
and 13 more

Angela Pattison (Suzy Parker) was an accomplise to murder in the 1963 episode "Who Killed Alex Debbs?" for the TV series "Burke's Law".

At the opening of The Debonair Key Club, a Playboy-like nightclub and Debonair Magazine founder Alex Debbs is found stabbed.  The suspects are all connected in some way with the Debonair empire which includes the club and the magazine.  They include Cordwainer Bird (Sammy Davids, Jr.), Debbs' main business partner; Sidney Wilde (Burgess Meredith) an embittered cartoonist; a swinging joke writer; Princess Diana Morgan von Kortzoff (Arlene Dahl), who is a blackmailed princess; a folk guitarist; Angela Pattison (Suzy Parker), who is one of the Key Club girls; and a reclusive heiress.

Detective Tim Tilson (Gary Coleman is attacked.  Then another murder takes place, when Sidney Wilde is killed.  Some of the "unbreakable" alibis begin to crumble.

With Maxine Borman (Diana Dors), a beatnik musician being held in the back room by Det. Tilson, Capt. Amos Burke (Gene Barry) began to interrogate Angela Pattison.  Angela was the leading pin-up model for the magazine.  He asked her why she had killed Alex Debbs.  Angela explained that she had all the motives to do so, but that she was not responsible.  Amos had destroyed her by plastering her body all over the covers and pages of Debbs magazines, "but inside I've got worms".  However, the motives, she went on, "you can't prove it Amos.  As far as Sidney is concerned, he always drew my picture.  I was his model, the Wilde Woman.  And you can't get a jury to convict on that kind of evidence".  Burke then said, "I'll get your for Debbs".  Angela responded, "We've already been all that Amos.  A mere puny woman like myself, couldn't lug a man as big as Alex up to that cage up there".  Amos then told her that two women could, and explained that Maxine Borman had already signed a confession that she helped her, but that she had done the actual killing.  Angela then denied it, and told Amos that it was Maxine, and that Alex was already dead when she got there.  She had only helped move the body up to the cage.

With that, Maxine went running into the room yelling liar at Angela.  Angela continued that she had come to the club to confront Alex, and that she probably would have killed him herself.  She wanted to stop him before he ruined the Princess too.  Maxine was the one with the motive, and he was already dead when she got here.

Amos then made the comment that, "you both loaded the body to the cage and used each other as alibis?".  To this, Maxine blurted out "Yes, yes, yes....I'll kill her".  Maxine then lunged out at Angela and a huge catfight took place on the ground.  At first Amos and Tim tried to stop the two women from fighting, but their pleas were on deaf ears.  It two men were enjoying the show, but then realized that they needed to stop the action.

It was a lovely sight to behold, as the blonde bombshell Maxine was dressed in black capris pants and a black crop top that was tied in the front, revealing her bare stomach.  The red headed Angela was dressed in a tiger skin patterned leotard that only covered one shoulder.  It was complete with a tiger tail attached in the back, and had black fishnet seamed stockings on.  As the girls kept rolling around and pulling hair, Amos and Tim finally decided it was their duty to stop it, and pulled them apart.

Amos was unable to wait for the Police to get there since he still had some loose ends to tie up.  Therefore, he placed the girls in ceperate cages and raised them up above the ground. 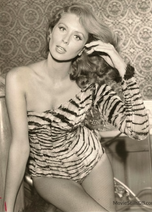 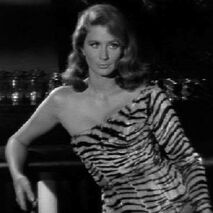 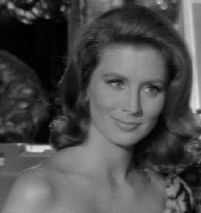 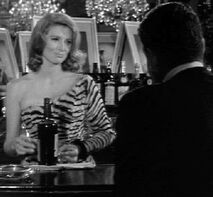 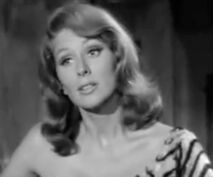 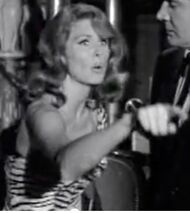 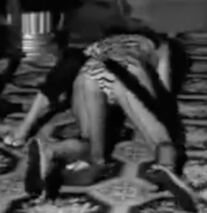 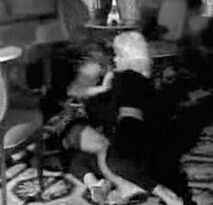 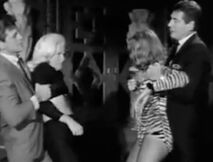 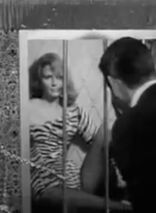 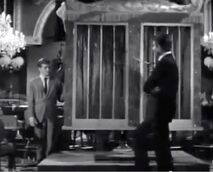