Angela (Abigail Bianca) appears as Rome's henchwoman/lover in The Marine (2006). Angela is apart of a group of robbers who take a U.S, Marine's wife hostage after a recent jewel heist. Angela and the Marine's wife, Kate, become enemies and fight each other as the thieves try and escape.

Angela eventually meets her end after getting thrown into a bus's windshield by John Triton (John Cena). This causes all diamonds she stole to be splattered in her blood.

Angela wears a leather getup with a leopard top over a black bustier, black jeans, and a pair of heels. 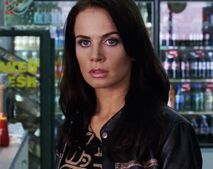 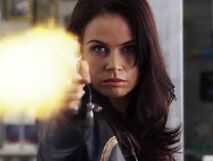 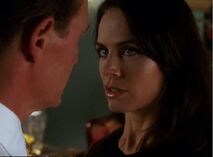 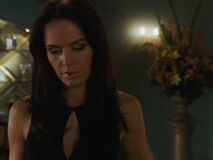 Add a photo to this gallery
Retrieved from "https://femalevillains.fandom.com/wiki/Angela_(The_Marine)?oldid=200005"
Community content is available under CC-BY-SA unless otherwise noted.