Angel Salvadore (Zoë Kravitz) is a villainess from the movie X-Men: First Class.

In 1962, Angel was working as a stripper when she was approached byCharles Xavier and Erik Lehnsherr, who persuade her to join the X-Men. Angel later meets her other teammates and gets to know them. They give themselves codenames and display their powers. Angel was with the X-Men until the Hellfire Club attacked the Division X facility where they were staying. They did not want to hurt the X-Men but recuit them. She was the only one to join, although her former teammates Havok and Darwin tried to stop her - Darwin was killed by Sebastian Shaw in the process. Angel joined the battle against her former teammates during the Cuban Missile Crisis. She fights Banshee in the air, but is subsequently beaten by Havok, who shoots off half of her wings with an energy blast. 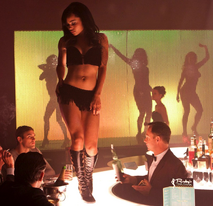 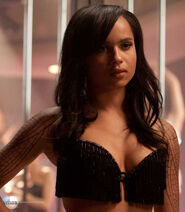 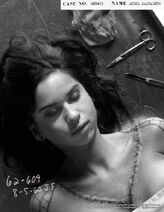 Add a photo to this gallery
Retrieved from "https://femalevillains.fandom.com/wiki/Angel_Salvadore_(X-Men:_First_Class)?oldid=136381"
Community content is available under CC-BY-SA unless otherwise noted.