Andrea von Strucker aka Viper (Sandra Hess) is the secondary villainess in the 1998 superhero film "Nick Fury: Agent of S.H.I.E.L.D."

Andrea is the defacto leader of multinational terrorist group Hydra.  Andrea is the daughter of Baron Wolfgang von Strucker (Campbell Lane), one of the organizations founders.  Along with her brother Werner (Scott Heindl) they attempt to carry on their fathers legacy by reuniting all of Hydras splinter groups and conquering the world under the unified Hydra banner.

Andrea's main goal is to keep Hydra alive "beyond forever" and with a ruthlessly cold passion willingly kills anyone who gets in the way of those goals.

The plan begins with a rescue mission personally led by Andrea herself to free her father from imprisonment.

This ends with the death of Clay Quartermain (Adrian G. Griffiths) at the hands of Andrea herself in order to extract the remnants of the "Totenkof" or "Death's Head" Virus from her fathers body and continue her plan.  Col. Nick Fury (David Hasselhoff) does return because of this and later Andrea later encounters Fury along with Contessa Valentina Alegra de Fontaine (Lisa Rinna) disguised as a covert interpol inspector to retrive Dr. Arnim Zola (Peter Haworth) from a secred S.H.I.E.L.D. safehouse in Berlin.  Andrea kissed Fury infecting him with a passive and slow acting form of the Nazi engineered "Death's Head" virus which Fury may only have just days to live.  This knocks him unconscious allowing her to now extract Zola as well.

After meeting in a conference call with all the other heads of the Hydra splinter groups Andrea declares that Hydra has become "soft and weak" under their leadership, after which Andrea kills all the group heads remotely via a more quick acting version of the virus.

After this Andrea (via a hologram emitting Hydra built version of the LMD of director Pincer) sends a message directly to the S.H.I.E.L.D. Helicarrier that she has placed secretly several batteries of surface to air smart missles each armed with Death's Head virus armed warheads somewhere along the eastern seaboard and unless either S.H.I.E.L.D. or the U.N. doesn't give her a ransom of several million dollars she will fire the missles killing millions in New York City.

Fury personally leads a secret team into Hydra headquarters within the Aleutian Islands in order to retrieve the missle disarming codes from Andrea herself by any means necessary.  Meanwhile Andrea ordered Werner to personally oversee the placement and launch of the missles as she intends to launch the bioweapons regardless of the payment of the ransom anyway.

Fury and most of the other S.H.I.E.L.D. agents appeared to be easily captured by Andrea's forces how ever theyis is just a ruse as its revealed that Fury is in reality a Life-Model Decoy created to distract her from the real Fury who quickly captures her after leading her to believe that she had killed Fury, when she actually killed the decoy.

The disarming codes are forcefully retrieved from her mind by psychic agent Kate Neville and this appeared to render her unconscious however this also was a ruse and distraction as she slips from her handcuffs and escapes by jumping on the cryogenic prison chamber her father is still kept in and uses this as an esape rocket.

Somehow Baron von Strucker is revived from his freezing and last seen maniacally laughing hand in hand with Andrea.  Obviously, Hydra will rise again from an unknown location, and Andrea's current whereabouts are unknown. 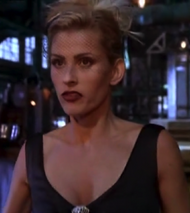 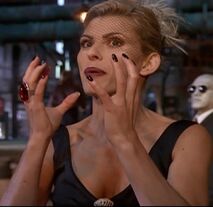 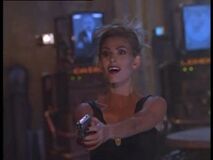 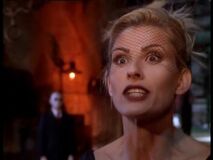 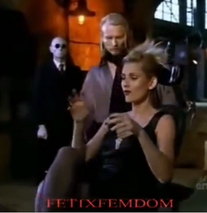 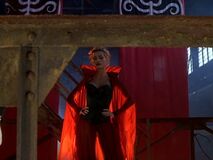 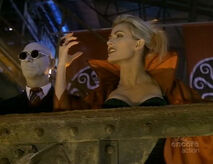 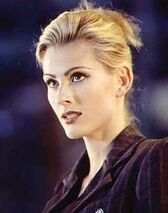 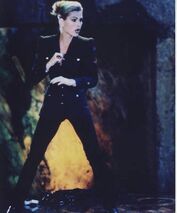 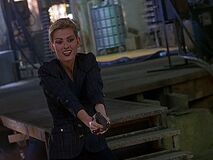 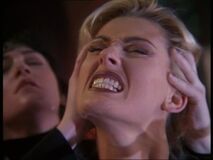 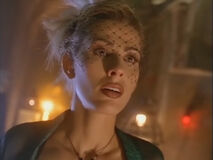 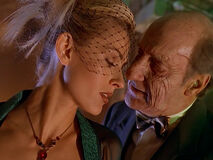 Add a photo to this gallery
Retrieved from "https://femalevillains.fandom.com/wiki/Andrea_von_Strucker_(Nick_Fury:_Agent_of_S.H.I.E.L.D.)?oldid=199199"
Community content is available under CC-BY-SA unless otherwise noted.