Amy Weber is a former wrestling manager best known for portraying a villainess in WWE. She began her WWE career as part of the Diva Search in 2004, where she finished in fourth place. Amy debuted in November of that year as the villainous image consultant to then-WWE Champion John "Bradshaw" Layfield, and eventually becoming the lone female member of the group known as The Cabinet

In her brief tenure in WWE, the evil Amy engaged in a feud with Joy Giovanni which included a pair of catfight segments and a match that Amy won via forfeit. In her last appearance in WWE in February 2005, Amy accidentally shot a lawn dart at JBL. She left WWE shortly afterwards, and was written off as being "fired" by JBL for the incident. 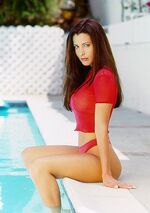 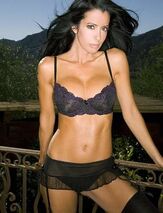 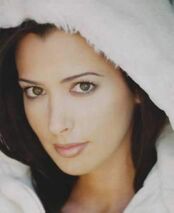 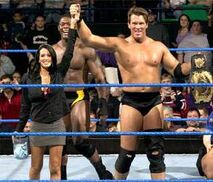 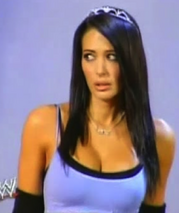 Add a photo to this gallery
Retrieved from "https://femalevillains.fandom.com/wiki/Amy_Weber_(WWE)?oldid=202191"
Community content is available under CC-BY-SA unless otherwise noted.