Start a Wiki
watch 14:21
The Loop (TV)
Do you like this video?
Amarna (Rina Ottolina) is a secondary antagonist in the 1975 Spanish hiorror film The Mummy's Revenge.

Amarna is the Egyptian queen of the evil Pharoh Amenhotep (Paul Naschy). Together they are seen as torturing and sacrificing young virgin maidens. They do this in order to obtain immortality.

When the high priest (Fernando Sanchez Polack) gets fed up with their power, he slashes Amarna's throat and encases Amenhotep into a sarcophagus after giving him a poison that puts him to sleep. When the tomb is later discovered several thousand of years later in the 19th century, a distant descendant Assad Bey (Paul Naschey again) tries to revive him.

The mummy was discovered by Professor Nathan Stern (Jack Taylor) and his wife Abigail (Maria Silva) who are on an archealogical dig in Egypt. After deciphering the heirglyphics, they discover that Amenhotep plans revenge, and they uncover the key to his revival. Assad Bey and his partner, Zanufer (Helga Line) arrive to find this information. They pose as Egyptologists and befriend the professor and his wife.

Assad and Zanufer then begin abducting virgins throughout London in order to drain their blood. They then use the blood to develop a concoction to get the mummy up and about.

After breaking into the professors house, they open the sarcophogus and pour the blood into his mouth, which brings him back to life.

They are then ordered to find a suitable concubine for the mummy. If they are successful, they will be offered power and wealth to the two if they agree to do whatever he orders. This brings us to Helen, the daughter of sir Douglas Carter (Eduardo Calvo), who is also a Egyptologist. Helen (Rina Ottolina) is the spitting image of Amarna, probably because she is the same actress.

The mummy then breaks into Professor Stern's house and kisses Helen. After the kiss, he carries her back to Assad's lair where he places her on a stone slab and prepares for the final ceremony to wake her up. However, this is interrupted by Professor Stern and Abigail. Stern and Abigail are captured and tied up. When Zanufer figures out that the mummy plans to double cross Assad and her, she begins to untie them. Assad catches her in the act, and throws a knife in her neck killing her. Then Stern knocked out Assad.

After finding the mummy, Stern began fighting with him. Abigail then caused the mummy to begin burning up, and Assad and the mummy embraced and both of them burned up. Stern and Abigail rescued Helen and brought her out of the burning residence. When they set her down on the ground, she began ageing before their eyes, until all that was left was a shriveled up mummy. It seems that by receiving the kiss from the mummy, that Helen had been transformed into Amarna. When the mummy died, so did Amarna. 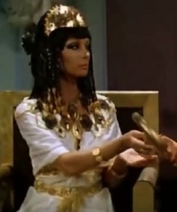 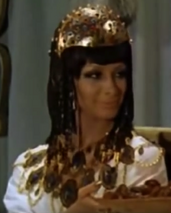 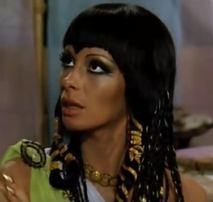 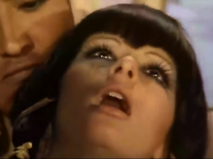 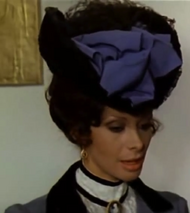 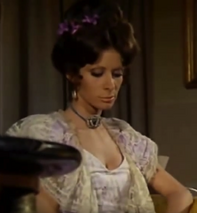 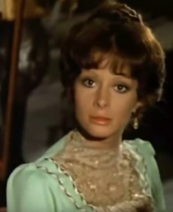 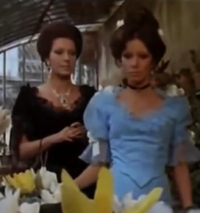 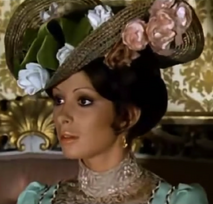 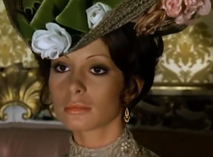 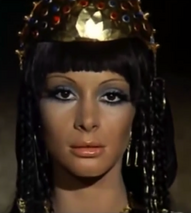 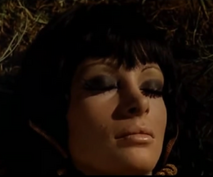 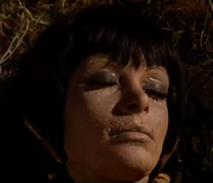 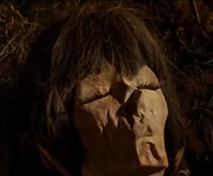 Add a photo to this gallery
Retrieved from "https://femalevillains.fandom.com/wiki/Amarna_(The_Mummy%27s_Revenge)?oldid=205948"
Community content is available under CC-BY-SA unless otherwise noted.