The Female Villains Wiki
Register
Don't have an account?
Sign In
Advertisement
in: 2010s, A Taste Of Her Own Medicine, Assassin,
and 20 more

Almira (Mila Kaladjurdjevic) is an assassin from the 2017 action film "Kill' em All".  Almira is a deadly assassin, who works for a foreign gang, hunting the protagonist Philip (Jean-Claude Van Damme).

She lures her targets in using her body, she is a cold killer, taunting a victim before she kills him through strangulation.

Later in the film, she engages in a fight with the secondary protagonist, a hospital nurse named Suzanne (Autumn Reeser), where she manages to grab Almira and strangle her, killing the assassin after she breaks her neck. 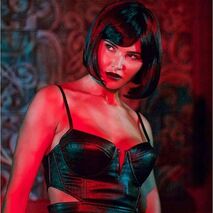 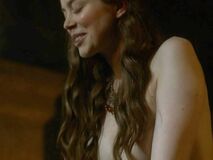 Taunting her victim by whispering in his ear "bye love"

Almira closing in on her target

A taste of her own medicine! 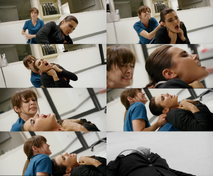 Almira's various expressions as she is strangled. 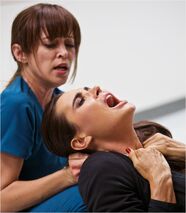 The assassin loses to a hospital nurse
Community content is available under CC-BY-SA unless otherwise noted.