Ahnjayla played by the actress and model Anitra Ford, plays the nemesis in the 1974 made for TV movie, Wonder Woman. It was hoped that this pilot would lead to a TV series.

In the movie, Ahnjayla was a former Amazon sister of Wonder Woman (Cathy Lee Crosby). When Wonder Woman is allowed to leave Paradise Island, Ahnjayla becomes extremely jealous which drives her to evil. She too leaves to find her way. Ahnjayla goes rogue and teams up with George Calvin (Andrew Prince) the main villain in the movie as his henchwoman.

Wonder Woman is visited by another Amazon sister, who tells her of the fallen Ahnjayla and how she's not to be trusted. Later we see Ahnjayla and Calvin together waiting for a burro to show up. They wager on Ahnjayla hitting a stump with her spear, which she does twice, proving her expertise with sharp sticks. When Wonder Woman arrives riding the donkey, Ahnjayla takes a shot at hitting her with the spear. Wonder Woman catches the spear and throws it back at her, and it lands at her feet.

When they get together, they discuss old times like when they were both back in Paradise Island in competition with one another and their was no winner. Dianna (Wonder Woman) asks "Must we make war against each other?" Ahnjayla responds, "We have no choice, we both know your goal and mine". She then tosses one of the spears to Dianna and arms herself with the other. The two battle with the sticks using them as bo staffs, sometime in slow motion. When Calvin attempts interfere by shooting Dianna with his gun, Ahnjayla deflects the bullet with her spear. She then instructs Calvin to take the burro with the cash and leave.

The two continue to fight, and Wonder Woman is victorious by smashing Ahnjayla's stick. Ahnjayla who is now defenseless, snidely tells Dianna that "You would not take my life". Dianna responds that "I did not save your life on the island to take it now". Ahnjayla tells Dianna that she will not return to the Island, that she plans to have all this world has to offer her. She also makes it clear that she will not be indebted to Dianna, and that she needs to name her price for sparing her life. Dianna agrees and asks where they are taking the money.

With this she says that her debt is done. She continues to tell Dianna that they both know that they will meet again, and if she is victorious, she will take her life. Therefore, Wonder Woman and Ahnjayla agree to go their separate ways, leaving things to be finished in a later episode perhaps.Ahnjayla's character is based on Nubia, a fictional character from DC Comics, who appeared in Wonder Woman. Both characters were born Amazons who later rejected their upbringing, preferring to make their own mark in "Man's World".

Anitra is best known as one of the original Bob Barker's Beauties on the game show, The Price is Right. 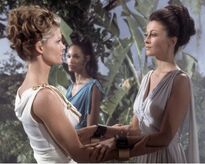 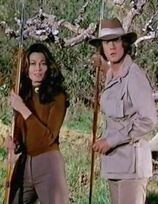 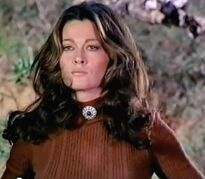 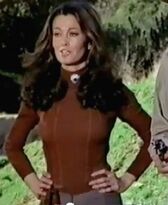 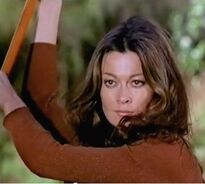 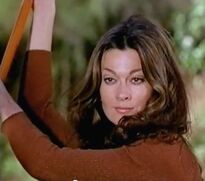 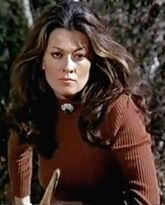 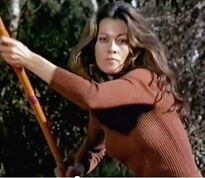 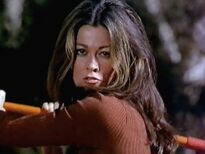 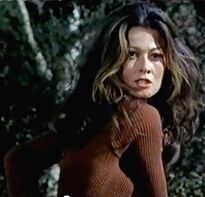 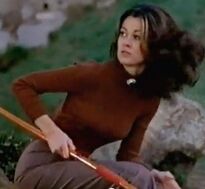 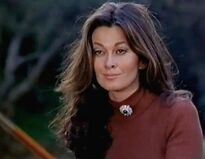 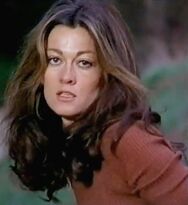 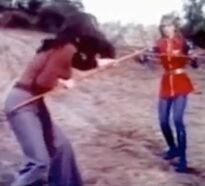 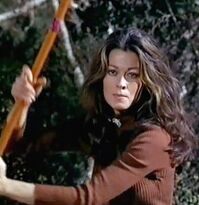 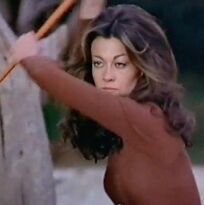 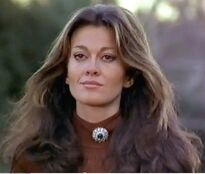 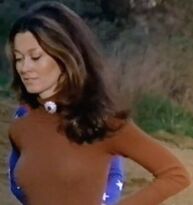 Add a photo to this gallery
Retrieved from "https://femalevillains.fandom.com/wiki/Ahnjayla_(Wonder_Woman)?oldid=147797"
Community content is available under CC-BY-SA unless otherwise noted.