Start a Wiki
watch 01:48
The Loop (TV)
Do you like this video?
Adrianne Margeaux (Ann Turkel) is the villainess in the second season episodes of Knight Rider called Soul Survivor (1983) and Goliath Returns (1984) for the TV series Knight Rider.

In this episode, Michael stops to help a woman (Adrianne) whose car has broken down. She asks him to have a drink at her place afterwards, where she makes him lose consciousness with strange music. In the meantime a young lad infatuated with Adrianne is hacking into KITT's system.

Michael later awakens at the side of the road. He and Devon return to the house but find it empty. However, KITT's AI module is found in the garbage and is then restored and temporarily installed in a portable television set.

Michael borrows Devon's Mercedes to look for Randy Merrit, the young man whom Michael suspects is the hacker. His only lead is Randy's worried mother who explains the boy has had relations with an older woman. Later, Michael learns of Adrianne's dealings with George Atherton, a man who was once on the Foundation's board of directors. He learns Adrianne may be using Randy to operate KITT's body to steal Atherton's art collection as it is being transported in an armoured van. In the end Adrianne's plan is foiled. She is last seen staring horrified as her men are put out of action.

A year later, Adrianne helps Garthe escape from prison, with the help of the newly rebuilt Goliath. She'd financed Goliath's repair, and the pair work together to kidnap a Swedish scientist Dr. Klaus Bergstrom, a brilliant physicist, to force him to use his genius for their own purposes. For their plans to work Adrianne gives another man plastic surgery to look like Dr. Bergstrom so that his niece, Christina Bergstrom, and others would not get suspicious. Michael manages to find her mansion while looking for Garthe. He and K.I.T.T. encounter Goliath and then Michael gets captured by Garthe. Michael is put in a cell, but later manages to escape with K.I.T.T. using Adrianne's voice as a lure for the guards, and the two escape. As Michael and Christina try to rescue Devon and April. Garthe plans to overload the systems in the mansion to kill them. Adrianne and Garthe take Dr. Bergstrom in Goliath to meet a submarine to take the doctor out of the country. Michael arrives at the mansion and saves Devon and April by turning off the power. Michael then goes after Goliath to rescue Dr. Bergstrom. Michael manages to rescue the doctor; but Garthe spots them and follows Michael. Michael and K.I.T.T. go near the edge of a cliff and use the grappling hook to save themselves. Then, just as Garthe is about to ram K.I.T.T. and kill Michael, Adrianne, who has had an attraction to Michael for some time, turns the steering wheel to prevent Garthe from killing him. Goliath goes off the cliff and into the sea, killing Adrianne along with Garthe. 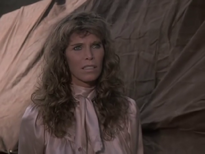 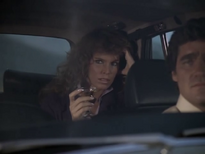 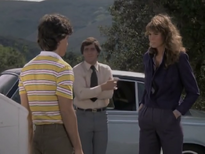 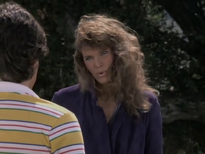 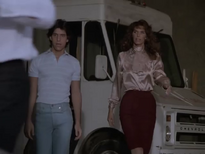 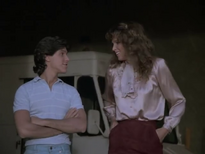 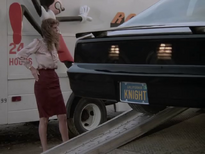 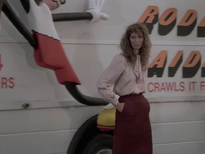 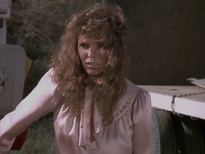 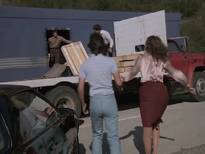 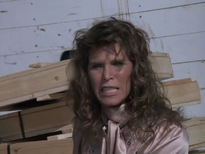 Add a photo to this gallery
Retrieved from "https://femalevillains.fandom.com/wiki/Adrianne_Margeaux_(Knight_Rider)?oldid=151119"
Community content is available under CC-BY-SA unless otherwise noted.