Start a Wiki
watch 01:50
The Loop (TV)
Do you like this video?
Adrian Veidt's Asssistant (Sonya Salomaa) is a minor antagonist in the 2009 superhero film "Watchmen", by DC Comics.

She is the personal assistant of Adrian Veidt (Matthew Goode), the villain who is also known as Ozymandias.  Adrian is a past member of the Watchmen team, and a billionaire who is endowed with an extraordinary level of IQ.  He is known as the smartest man alive and was a former costumed crim fighter.  After vigilantism had been outlawed, Veidt retired from heroics and became a businessman.

She is shot through the right calf before having three fingers blown off by Roy Chess's (Douglas Chapman) revolver during his assassination attempt on Adrian Veidt in his office, screaming hysterically and painfully.  Although it appears to be non-fatal, it is inconclusive if she survived the fabricated attempt on Veidt's life. 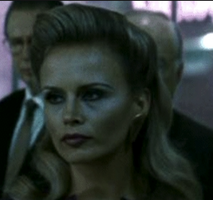 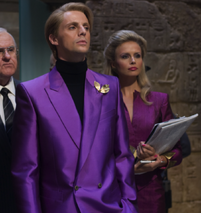 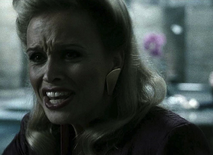 Add a photo to this gallery
Retrieved from "https://femalevillains.fandom.com/wiki/Adrian_Veidt%27s_Assistant_(Watchmen)?oldid=209097"
Community content is available under CC-BY-SA unless otherwise noted.