Arrested and sent to a psychiatric hospital

Adrian Forrester (Alicia Silverstone) is the main villainess of the 1993 film The Crush.

Adrian was the 14-year-old daughter of Cliff and Liv Forrester, growing up to be a talented yet spoiled girl used to getting what she wanted. Adrian also attended a horse riding school and was friends with her classmate Cheyenne.

Years prior to the movie's events, Adrian attended a summer camp and became romantically obsessed with counselour named Rick. When Rick rejected her advances, it was believed that Adrian killed him by poisoning his food, though nothing was ever proven.

During the episode's events, Adrian's parents allowed for writer Nick Eliot to rent out the guest house after he received a new job at a magazine. Soon after Nick arrived, Adrian quickly became infatuated with Nick, even going as far as to secretly edit his stories for the magazine. One night, after a party at the Forresters' home, Adrian had Nick take her to a romantic hotspot where she opens up to Nick about her feelings of loneliness before giving him a kiss.

Soon after, Nick began to realize he made a mistake and tried to let Adrian down gently, only for Adrian to continue her obsessive pursuit. She starts constantly leaving messages on Nick's answer machine and even goes so far as to sunbathe seductively in the garden, so that he can have a good view of her wearing a blue bikini.

As Nick continued to resist Adrian, the psychotic teen became angry and began a violent retaliation; she destroyed the car Nick was working on, erased the floppy discs he kept his work on, and even undressed for Nick after he hid in her closet while searching around. All the while, Nick was unable to convince Adrian's parents of what their daughter was doing. When Cheyenne attempted to warn Nick of how dangerous Adrian was, Adrian loosened her horse saddle in order to make her fall off in retaliation.

After witnessing Nick sleeping with his co-worker Amy, the evil Adrian confronted her (Amy having already caught on to Adrian's true self) before trapping her in her dark room and releasing a wasp's nest inside. Amy ultimately survived Adrian's murder attempt, and Nick began trying to find new housing to escape Adrian's psychotic behavior. But Adrian sabotaged his attempts to get a new apartment by calling the landlord and claiming he was a drug dealer. In one of her last acts, the evil Adrian used a condom from Nick and Amy's tryst to accuse Nick of sexually assaulting her, resulting in him being arrested and fired.

In the film's climax, Cheyenne encountered Nick again, revealing to him what Adrian did to Rick and telling her about a diary Adrian kept that he could use to exonerate himself. When Nick went to the Forrester house to find the diary, however, Adrian caught and attacked Nick, eventually knocking him out before going into a rant of how things would have been different if they were the same age. When Nick awoke, he ran to the attic to find Cheyenne bound and gagged to the carnival merry-go-round Adrian had as a kid. When Nick attacked Adrian in an attempt to defeat her, Cliff arrived and attacked Nick, thinking he was trying to harm Adrian. The psychotic Adrian attacked her father and yelled for him to leave Nick alone, who later subdued Adrian by knocking her out with a punch. Adrian was arrested and placed in a psychiatric hospital, where she was shown to have developed an obsession for her doctor. 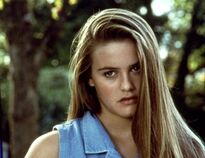 Adrian and Nick share a kiss with each other.

Adrian attempting to get Nick's attention by seductively sunbathing close to his window.

Adrian undressing while Nick watches from her closet. 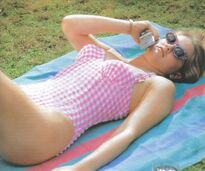 Add a photo to this gallery
Retrieved from "https://femalevillains.fandom.com/wiki/Adrian_Forrester_(The_Crush)?oldid=199994"
Community content is available under CC-BY-SA unless otherwise noted.