Start a Wiki
watch 01:48
The Loop (TV)
Do you like this video?
Adele Manning (Mariette Hartley) is the main villainess from CBS's made-for-TV movie, No Place to Hide (airdate March 4, 1981). She is the evil stepmother of main protagonist Amy Manning, who is set to inherit the family's vast fortune once she turns 21.

Knowing this, Adele hatched a plan to eliminate Amy so she could have it all for herself and her lover, Cliff Letterman, who she began an affair with while married to Amy's father--who was killed in a boating accident. The scheme had Cliff dressed as a masked man following Amy, and later disappearing to make it believe that Amy was the only one who saw him and it was all in her mind. Adele's villainous role was revealed when she met up with Cliff and they returned to the cabin that she and Amy shared, with the claim that Amy had been eliminated and their scheme was successful.

In the aftermath, Adele was hearing Amy's voice calling to her, leading her to believe that Cliff was trying to do the same thing to Adele that was done to Amy. However, Adele's mind was put at ease when it was confirmed that Amy was indeed deceased; the confirmation coming when they saw her body at the coroner's office. Even after that, Adele saw Amy appear to her at her bedroom door, leading to the villainess grabbing her gun and shooting at her through the door. However, Adele was shocked to see that she had shot her lover, Cliff, to death, and was even more surprised to see that she was caught in an elaborate trap and that Amy was really alive.

At the film's end, Adele is arrested for her crimes, but before she is taken away, the evil Adele faced Amy one more time and stated that she did what she did for the money. 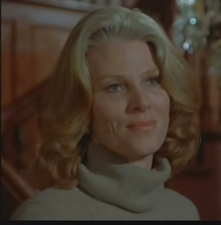 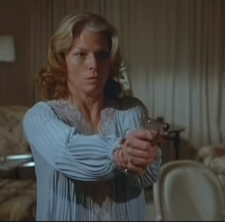 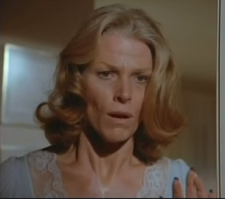 Adele is shocked to learn that she fired at her lover 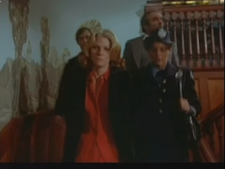 The evil Adele taken away in handcuffs
Add a photo to this gallery
Retrieved from "https://femalevillains.fandom.com/wiki/Adele_Manning_(No_Place_to_Hide)?oldid=185263"
Community content is available under CC-BY-SA unless otherwise noted.