Queenie was the villainess from the 1948 episode "Ace of Spades" for Phantom Lady comics  #20.

Queenie was a singer at a saloon in the remote western town of Death Butte. In order to protect her interest in the local oil, she and her gang murdered a US Senator and several others who came to investigate. The disappearances attracted the attention of Senator Henry Knight, father of the Phantom Lady. Knight was sent to look into the matter and took his daughter along. While there, Phantom Lady uncovered the plot and apprehended the Ace of Spades, tying Ace's hands while she was on horseback.

Not wanting to go to jail, Queenie spurred her horse to escape, frightening it so bad it headed to the Death Butte (the town's namesake) out of control. With her hands bound and unable to guide her horse, she went over the edge seemingly to her death. 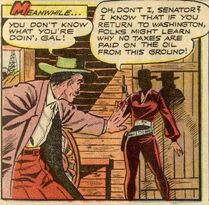 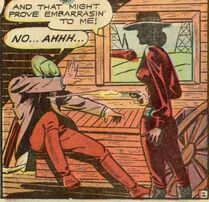 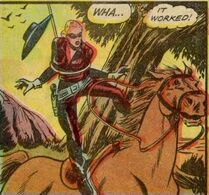 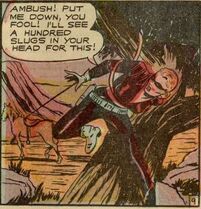 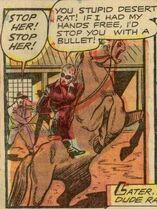 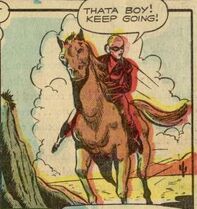 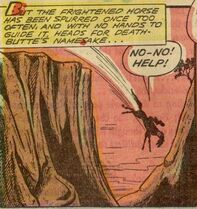 Add a photo to this gallery
Retrieved from "https://femalevillains.fandom.com/wiki/Ace_of_Spades_(Phantom_Lady)?oldid=186879"
Community content is available under CC-BY-SA unless otherwise noted.